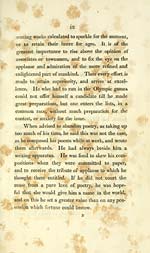 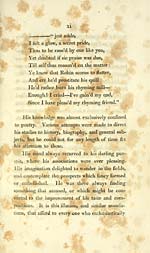 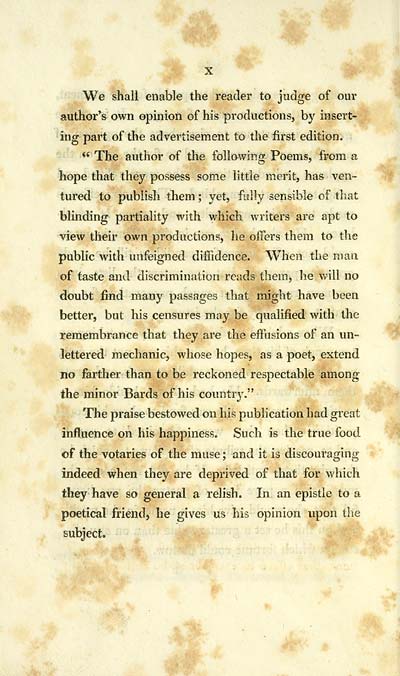 X
We shall enable the reader to judge of our
author's own opinion of his productions, by insert-
ing part of the advertisement to the first edition.
" The author of the following Poems, from a
hope that they possess some little merit, has ven-
tured to publish them ; yet, fully sensible of that
blinding partiality with which writers are apt to
view their own productions, he offers them to the
public with unfeigned diffidence. When the man
of taste and discrimination reads them, he will no
doubt find many passages that might have been
better, but his censures may be qualified with the
remembrance that they are the effusions of an un-
lettered mechanic, whose hopes, as a poet, extend
no farther than to be reckoned respectable among
the minor Bards of his country."
The praise bestowed on his publication had great
influence on his happiness. Such is the true food
of the votaries of the muse ; and it is discouraging
indeed when they are deprived of that for which
they have so general a relish. In an epistle to a
poetical friendj he gives us his opinion upon the
subject.