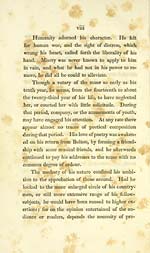 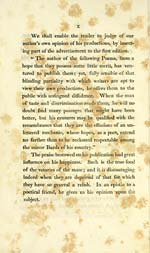 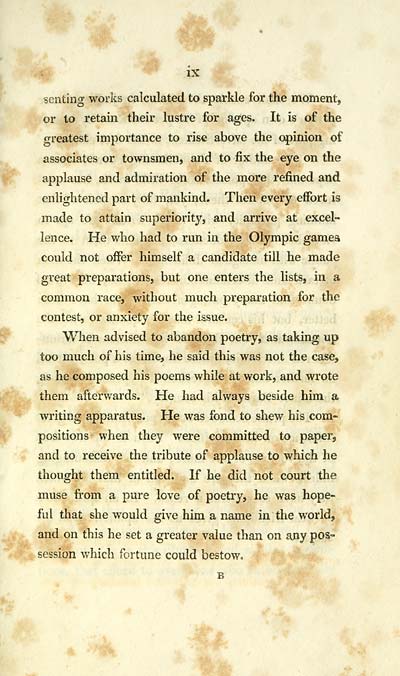 IX
senting works calculated to sparkle for the moment,
or to retain their lustre for ages. It is of the
greatest importance to rise above the opinion of
associates or townsmen, and to fix the eye on the
applause and admiration of the more refined and
enlightened part of mankind. Then every effort is
made to attain superiority, and arrive at excel-
lence. He who had to run in the Olympic games
could not offer himself a candidate till he made
great preparations, but one enters the lists, in a
common race, without much preparation for the
contest, or anxiety for the issue.
When advised to abandon poetry, as taking up
too much of his time, he said this was not the case,
as he composed his poems while at work, and wrote
them afterwards. He had always beside him a
writing apparatus. He was fond to shew his com-
positions when they were committed to paper,
and to receive the tribute of applause to which he
thought them entitled. If he did not court the
muse from a pure love of poetry, he was hope-
ful that she would give him a name in the world,
and on this he set a greater value than on any pos-
session which fortune could bestow,
B