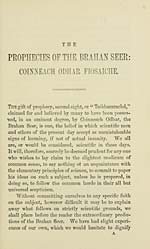 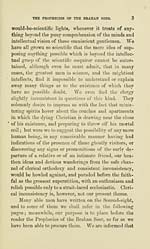 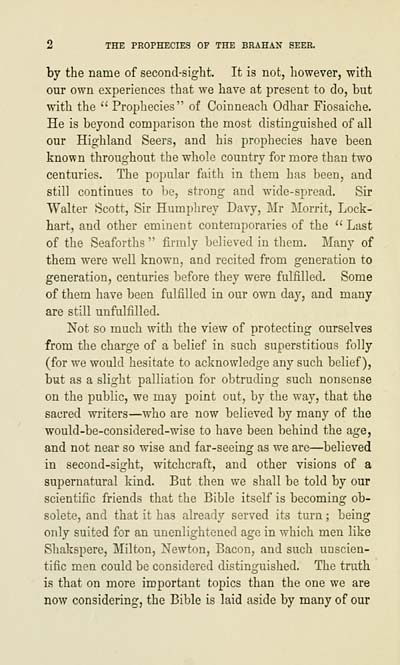 2 THE PROPHECIES OP THE BRAHAN SEER.
by the name of second-sight. It is not, however, with
our own experiences that we have at present to do, but
with the " Prophecies" of Coinneach Odhar Fiosaiche.
He is beyond comparison the most distinguished of all
our Highland Seers, and his prophecies have been
known throughout the whole country for more than two
centuries. The popular faith in them has been, and
still continues to be, strong and wide-spread. Sir
Walter Scott, Sir Humphrey Davy, Mr Morrit, Lock-
hart, and other eminent contemporaries of the " Last
of the Seaforths " firmly believed in them. Many of
them were well known, and recited from generation to
generation, centuries before they were fulfilled. Some
of them have been fulfilled in our own day, and many
are still unfulfilled.
Not so much with the view of protecting ourselves
from the charge of a belief in such superstitious folly
(for we would hesitate to acknowledge any such belief),
but as a slight palliation for obtruding such nonsense
on the public, we may point out, by the way, that the
sacred writers — who are now believed by many of the
would-be-considered-wise to have been behind the age,
and not near so wise and far-seeing as we are — believed
in second-sight, witchcraft, and other visions of a
supernatural kind. But then we shall be told by our
scientific friends that the Bible itself is becoming ob-
solete, and that it has already served its turn ; being
only suited for an unenlightened age in which men like
Shakspere, Milton, Newton, Bacon, and such unscien-
tific men could be considered distinguished. The truth
is that on more important topics than the one we are
now considering, the Bible is laid aside by many of our