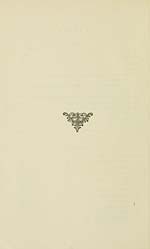 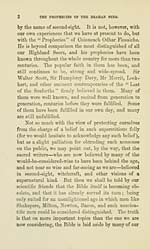 THE
PROPHECIES OF THE BRAHAN SEER:
COINNEACH ODHAR FIOSAICHE.
The gift of propbecy, second-sight, or " Taibhsearachd,"
claimed for and believed by many to have been posses-
'sed, in an eminent degree, by Coinneach Odhar, the
Brahan Seer, is one, the belief in which scientific men
and others of the present day accept as unmistakeable
signs of looming, if not of actual insanity. We all
are, or would be considered, scientific in these days.
It will, therefore, scarcely be deemed prudent for any one
who wishes to lay claim to the slightest modicum of
common sense, to say nothing ot an acquaintance with
the elementary principles of science, to commit to paper
his ideas on such a subject, unless he is prepared, in
doing so, to follow the common horde in their all but
universal scepticism.
Without committing ourselves to any specific fliith
on the subject, however difiicult it may be to explain
away what follows on strictly scientific grounds, we
shall place before the reader the extraordinary predic-
tions of the Brahan Seer. We have had slight experi-
ences of our own, which we would hesitate to dignify