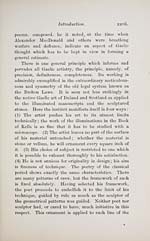 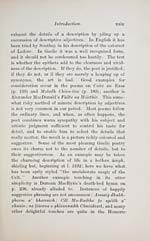 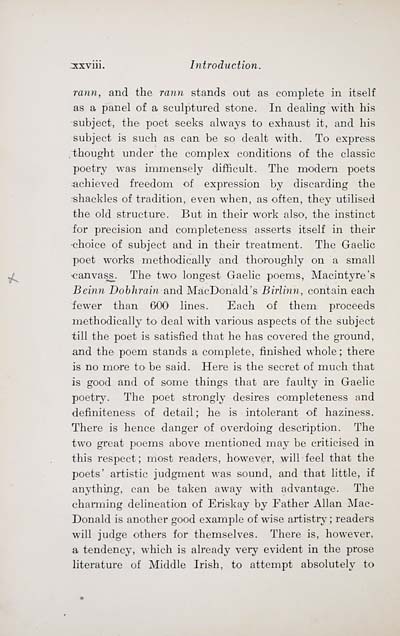 :xxviii. Introduciion.
rann, and the rann stands out as complete in itself
as a panel of a sculptured stone. In dealing with his
subject, the poet seeks always to exhaust it, and his
subject is such as can be sq dealt with. To express
.thought under the complex conditions of the classic
poetry was immensely difficult. The modem poets
■achieved freedom of expression by discarding the
shackles of tradition, even when, as often, they utihsed
the old structure. But in their work also, the instinct
for precision and completeness asserts itself in their
choiee of subject and in their treatment. The Gaehc
poet works methodically and thoroughly on a small
■canvass_. The two longest Gaehc poems, Macintyre's
Beinn Dobhrain and MacDonald's Birlinn, contain each
fewer than 60O lines. Each of them proceeds
methodically to deal with various aspects of the subject
till the poet is satisfied that he has covered the ground,
and the poem stands a complete, finished whole; there
is no more to be said. Here is the secret of much that
is good and of some things that are faulty in GaeHc
poetry. The poet strongly desires completeness and
definiteness of detail; he is intolerant of haziness.
There is hence danger of overdoing description. The
two great poems above mentioned may be criticised in
this respect; most readers, however, will feel that the
poets' artistic judgment v/as sound, and that httle, if
anythÌBg, can be taken away wnth advantage. The
charming dehneation of Eriskay by Father Allan Mac-
Donald is another good example of wise artistry ; readers
wiU judge others for themselves. There is, however,
a tendency, which is ah-eady very evident in the prose
hterature of Middle Irish, to attempt absokitely to