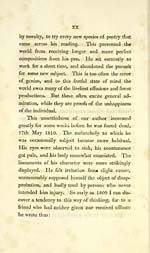 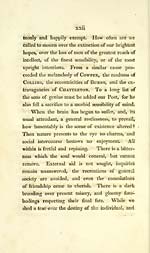 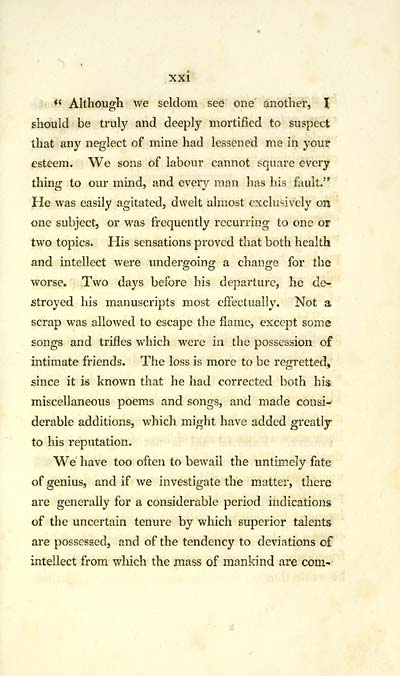 XXI
i* Although we seldom see one another, I
should be truly and deeply mortified to suspect
that any neglect of mine had lessened me in your
esteem. We sons of labour cannot square every
thinff to our mind, and every man has his fault."
He was easily agitated, dwelt almost exclusively on
one subject, or was frequently recurring to one or
two topics. His sensations proved that both health
and intellect were undergoing a change for the
worse. Two days before his departure, he de-
stroyed his manuscripts most effectually. Not a
scrap was allowed to escape the flame, except some
songs and trifles which were in the possession of
intimate friends. The loss is more to be regretted,
since it is known that he had corrected both his
miscellaneous poems and songs, and made consi-
derable additions, which might have added greatly
to his reputation.
We have too often to bewail the untimely fate
of genius, and if we investigate the matter, there
are generally for a considerable period indications
of the uncertain tenure by which superior talents
are possessed, and of the tendency to deviations of
intellect from which the mass of mankind are com-