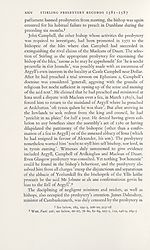 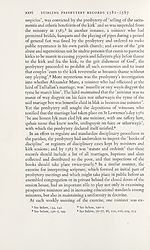 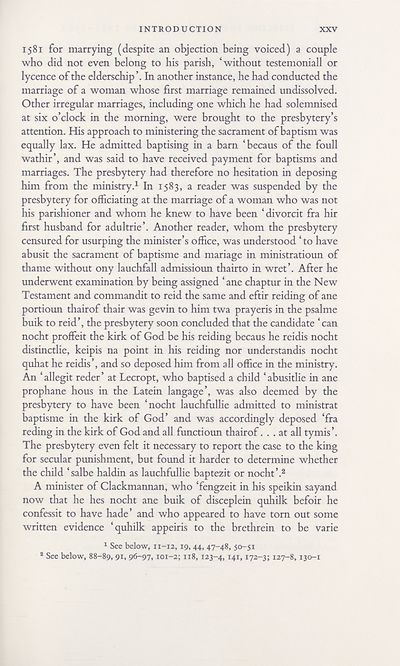 INTRODUCTION
XXV
1581 for marrying (despite an objection being voiced) a couple
who did not even belong to his parish, ‘without testemoniall or
lycence of the elderschip’. In another instance, he had conducted the
marriage of a woman whose first marriage remained undissolved.
Other irregular marriages, including one which he had solemnised
at six o’clock in the morning, were brought to the presbytery’s
attention. His approach to ministering the sacrament of baptism was
equally lax. He admitted baptising in a barn ‘becaus of the foull
wathir’, and was said to have received payment for baptisms and
marriages. The presbytery had therefore no hesitation in deposing
him from the ministry.1 In 1583, a reader was suspended by the
presbytery for officiating at the marriage of a woman who was not
his parishioner and whom he knew to have been ‘ divorcit fra hir
first husband for adultrie’. Another reader, whom the presbytery
censured for usurping the minister’s office, was understood ‘ to have
abusit the sacrament of baptisme and manage in ministratioun of
thame without ony lauchfall admissioun thairto in wret’. After he
underwent examination by being assigned ‘ane chaptur in the New
Testament and commandit to reid the same and eftir reiding of ane
portioun thairof thair was gevin to him twa prayeris in the psalme
buik to reid’, the presbytery soon concluded that the candidate ‘can
nocht proffeit the kirk of God be his reiding becaus he reidis nocht
distinctlie, keipis na point in his reiding nor understandis nocht
quhat he reidis’, and so deposed him from all office in the ministry.
An ‘allegit reder’ at Lecropt, who baptised a child ‘abusitlie in ane
prophane hous in the Latein langage’, was also deemed by the
presbytery to have been ‘nocht lauchfullie admitted to ministrat
baptisme in the kirk of God’ and was accordingly deposed ‘fra
reding in the kirk of God and all functioun thairof. . . at all tymis’.
The presbytery even felt it necessary to report the case to the king
for secular punishment, but found it harder to determine whether
the child ‘salbe haldin as lauchfullie baptezit or nocht’.2
A minister of Clackmannan, who ‘fengzeit in his speikin sayand
now that he hes nocht ane buik of disceplein quhilk befoir he
confessit to have hade’ and who appeared to have tom out some
written evidence ‘quhilk appeiris to the brethrein to be varie
1 See below, 11-12, 19, 44, 47-48, JO-Si
2 See below, 88-89, 9U 9^-97,101-2; 118, 123-4, 141,172-3; 127-8,130-1