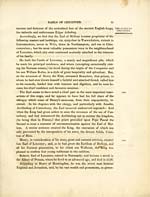 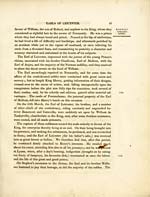 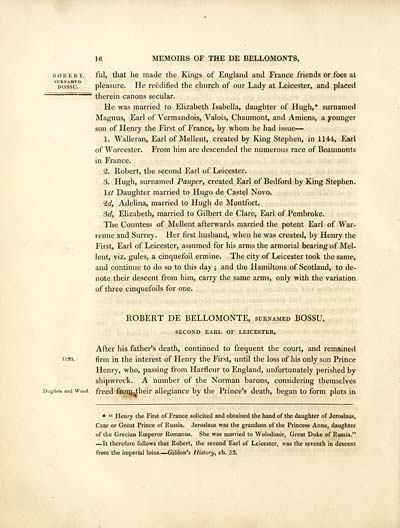 16 MEMOIRS OF THE DE BELLOMONTS,
robert, ful, that he made the Kings of England and France friends or foes at
bossu. pleasure. He reedified the church of our Lady at Leicester, and placed
=== therein canons secular.
He was married to Elizabeth Isabella, daughter of Hugh,* surnamed
Magnus, Earl of Vermandois, Valois, Chaumont, and Amiens, a younger
son of Henry the First of France, by whom he had issue —
1. Walleran, Earl of Mellent, created by King Stephen, in 1144, Earl
of Worcester. From him are descended the numerous race of Beaumonts
in France.
2. Robert, the second Earl of Leicester.
3. Hugh, surnamed Pauper, created Earl of Bedford by King Stephen.
1st Daughter married to Hugo de Castel Novo.
<£d, Adelina, married to Hugh de Montfort.
3d, Elizabeth, married to Gilbert de Clare, Earl of Pembroke.
The Countess of Mellent afterwards married the potent Earl of War-
renne and Surrey. Her first husband, when he was created, by Henry the
First, Earl of Leicester, assumed for his arms the armorial bearing of Mel-
lent, viz. gules, a cinquefoil ermine. The city of Leicester took the same,
and continue to do so to this day ; and the Hamiltons of Scotland, to de-
note their descent from him, carry the same arms, only with the variation
of three cinquefoils for one.
ROBERT DE BELLOMONTE, surnamed BOSSU,
SECOND EARL OF LEICESTER,
After his father's death, continued to frequent the court, and remained
ii?o. firm in the interest of Henry the First, until the loss of his only son Prince
Henry, who, passing from Harfleur to England, unfortunately perished by
shipwreck. A number of the Norman barons, considering themselves
Dugdaie and Wood, freed fisoinjheir allegiance by the Prince's death, began to form plots in
* " Henry the First of France solicited and obtained the hand of the daughter of Jeroslaus,
Czar or Great Prince of Russia. Jeroslaus was the grandson of the Princess Anne, daughter
of the Grecian Emperor Romanus. She was married to Wolodimir, Great Duke of Russia."
— It therefore follows that Robert, the second Earl of Leicester, was the seventh in descent
from the imperial loins. — Gibbon's History, ch. 53.