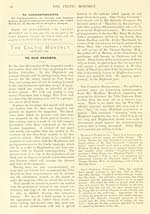 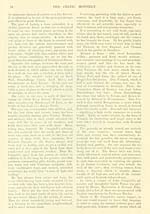 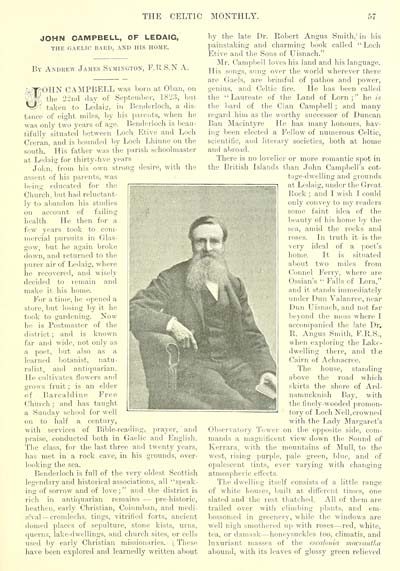 THE CELTIC MONTHLY.
57
JOHN CAMPBELL, OF LEDAIG,
THE GAELIC BARD, AND HIS HOME.
By Andrew James .Symington, F. U.S.N A.
r.TJrfOHN CAMPBELL was bora at Oban, on
J (lie 22nd .lay of September, 1823, but,
S=l taken to Ledabj, in Benderloch, a dis-
tance of eight miles, by his parents, when lie
was only two years of age. Benderloch is beau-
tifully situated between Loch Etive and Loch
Creran, and is bounded by Loch Lhirme on the
south. His father was the parish schoolmaster
at Ledaig for thirty-five years
John, from his own strong desire, with the
assent of his parents, was
being educated fur the
Church, but had reluctant-
ly to abandon his studies
en account of failing
health. He then for a
few years took to com-
mercial pursuits in Glas-
gow, but he again broke
down, and returned to the
purer air of Ledaig, where
lie recovered, and wisely
decided to remain and
make it his home.
For a time, he opened a
store, but losing by it he
took to gardening. Now
hie is Postmaster of the
district ; and is known
far and wide, not only as
a poet, but also as a
learned botanist, natu-
ralist, and antiquarian.
He cultivates flowers and
glow s fruit ; is an elder
of Barcaldine Free
Church ; and has taught
a Sunday school for well
on to half a century,
with services of Bible-reading, prayer, ' and
praise, conducted both in Gaelic and English.
The class, for the last three and twenty years,
has met in a rock cave, in his grounds, over-
looking the sea.
Benderloch is full of the very oldest Scottish
legendary and historical associations, all "speak-
ing of sorrow and of love ; " and the district is
rich in antiquarian remains — pre-historic,
heathen, early Christian, Columban, and medi-
eval — cromlechs, tings, vitrified forts, ancient
domed places of sepulture, stone kists, urns,
querns, lake-dwellings, and church sites, or cells
used by early Christian missionaries.' |, These
have been explored and learnedly written about
by the late Dr. Robert Angus Smith,' in his
painstaking and charming book called " Loch
Etive and the Sons of Uisnach."
Mr. Campbell loves his land and his language.
His songs, sung over the world wherever there
are Gaels, are brimful of pathos and power,
genius, and Celtic fire. He has been called
the "Laureate of the Land of Lorn;" he is
the bard of the Clan Campbell ; and many
regard him as the worthy successor of Duncan
Ban Macintyre He has many honours, hav-
ing been elected a Fellow of numerous Celtic,
scientific, and literary societies, both at home
and abroad.
There is no lovelier or more romantic spot in
th'.' British Islands than John Campbell's cot-
tage-dwelling and grounds
at Ledaig, under the Great
Bock ; and I wish I could
only convey to my readers
some faint idea of the
beauty of his home by the
sea, amid the rocks and
roses. In truth it is the
very ideal of a poet's
home. It is situated
about two miles from
( lonnel Ferry, where are
( Asian's " Falls of Lora,"
and it stands immediately
under Dun Valanree, near-
Dun Uisnach, and not far
beyond the moss where I
accompanied the late Dr.
R. Angus Smith, F.R.S.,
when exploring the Lake-
dwelling there, and the
Cairn of Achnacrec.
The house, standing
above the road which
skirts the shore of Ard-
namucknish Bay, with
the finely-wooded promon-
tory of Loch Nell, crowned
with the Lady Margaret's
Observatory Tower on the opposite side, com-
mands a magnificent view down the Sound of
Kerrara, with the mountains of Mull, to the
west, rising purple, pale green, blue, and of
opalescent tints, ever varying with changing
atmospheric effects.
The dwelling itself consists of a little range
of white house?, built at different times, one
slated and the rest thatched. All of them are
trailed over with climbing plants, and em-
bossomed in greenery, while the windows are
well nigh smothered up with roses — red, white,
tea, or damask — honeysuckles too, climatis, and
luxuriant masses of the escalonia macrantha
abound, with its leaves of glossy green relieved