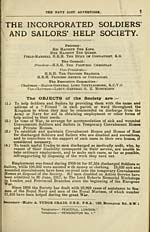 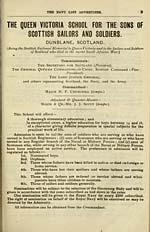 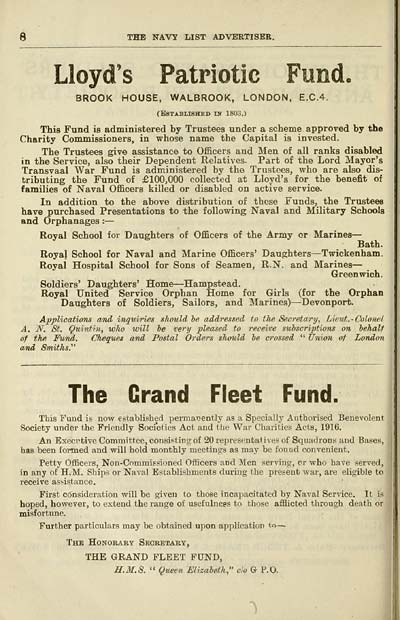 THE NAVY LIST ADVERTISER.
Lloyd's Patriotic Fund.
BROOK HOUSE, WALBROOK, LONDON, E.C.4.
(Established in 1803.)
This Fund is administered by Trustees under a scheme approved by the
Charity Commissioners, in whose name the Capital is invested.
The Trustees give assistance to Officers and Men of all ranks disabled
in the Service, also their Dependent Relatives. Part of the Lord Mayor's
Transvaal War Fund is administered by the Trustees, who are also dis-
tributing the Fund of £100,000 collected at Lloyd's for the benefit of
families of Naval Officers killed or disabled on active service.
In addition to the above distribution of these Funds, the Trustees
have purchased Presentations to the following Naval and Military Schools
and Orphanages : —
Royal School for Daughters of Officers of the Army or Marines —
Bath.
Royal School for Naval and Marine Officers' Daughters — Twickenham.
Royal Hospital School for Sons of Seamen, R.N. and Marines —
Greenwich.
Soldiers' Daughters' Home — Hampstead.
Royal United Service Orphan Home for Girls (for the Orphan
Daughters of Soldiers, Sailors, and Marines) — Devonport.
Applications and inquiries should be addressed to the Secretary, Lieut. -Colonel
A. N. St. Quintin, who will be very pleased to receive subscriptions on behalf
of the Fund. Cheques and Postal Orders should be crossed " Union of London
and Smiths."
The Grand Fleet Fund.
This Fund is now established permanently as a Specially Authorised Benevolent
Society under the Friendly Societies Act and the War Charities Acts, 1916.
An Executive Committee, consisting of 20 representatives of Squadrons and Bases,
has been formed and will hold monthly meetings as may be found convenient.
Petty Officers, Non-Commissioned Officers arid Men serving, or who have served,
in any of H.M. Ships or Naval Establishments during the present war, are eligible to
receive assistance.
First consideration will be given to those incapacitated by Naval Service. It is
hoped, however, to extend the range of usefulness to those afflicted through death or
misfortune.
Further particulars may be obtained upon application to —
The Honorary Secretary,
THE GRAND FLEET FUND,
H.M.S. " Queen Elizabeth," do G- P.O.
^