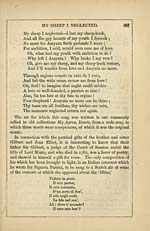 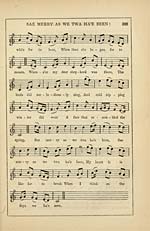 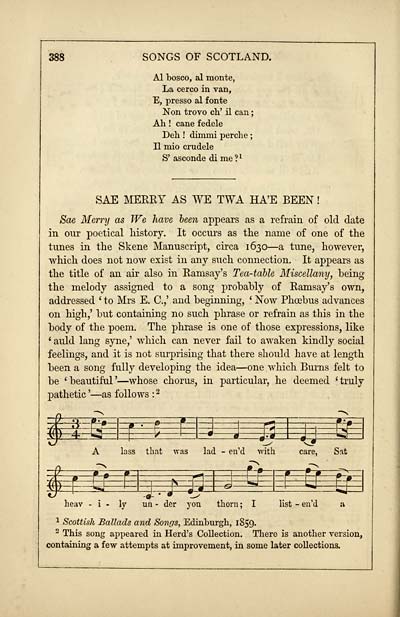 388
SONGS OF SCOTLAND.
Al bosco, al monte,
La cerco in van,
E, presso al fonte
Non trovo ch' il can ;
Ah ! cane fedele
Deh ! dimmi perche ;
II mio crudele
S' asconde di me ? 1
SAE MERRY AS WE TWA HA'E BEEN !
Sae Merry as We have been appears as a refrain of old date
in our poetical history. It occurs as the name of one of the
tunes in the Skene Manuscript, circa 1630 — a time, however,
which does not now exist in any such connection. It appears as
the title of an air also in Ramsay's Tea-table Miscellany, being
the melody assigned to a song probably of Ramsay's own,
addressed ' to Mrs E. C.,' aud beginning, ' Now Phoebus advances
on high,' but containing no such phrase or refrain as this in the
body of the poem. The phrase is one of those expressions, like
' auld lang syne,' which can never fail to awaken kindly social
feelings, and it is not surprising that there should have at length
been a song fully developing the idea — one which Burns felt to
be 'beautiful' — whose chorus, in particular, he deemed 'truly
pathetic ' — as follows : 2
i
'^^^m
?■»-
t+
m
lass that was lad - en'd with
Sst
F&& f=?33 ^^£E&E$
heav - i - ly un - der yon thorn ; I list - en'd
1 Scottish Ballads and Sonffs, Edinburgh, 1859.
2 This song appeared in Herd's Collection. There is another version,
containing a few attempts at improvement, in some later collections.