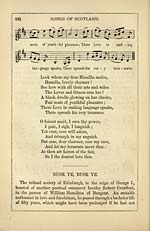 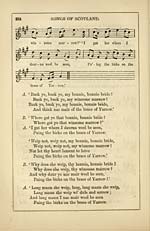 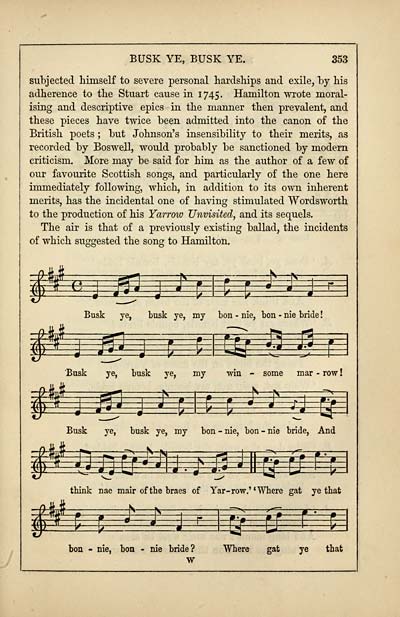 BUSK YE, BUSK YE.
353
subjected himself to severe personal hardships and exile, by his
adherence to the Stuart cause in 1745. Hamilton wrote moral-
ising and descriptive epics in the manner then prevalent, and
these pieces have twice been admitted into the canon of the
British poets ; but Johnson's insensibility to their merits, as
recorded by Boswell, would probably be sanctioned by modern
criticism. More may be said for him as the author of a few of
our favourite Scottish songs, and particularly of the one here
immediately following, which, in addition to its own inherent
merits, has the incidental one of having stimulated Wordsworth
to the production of his Yarrow Unvisited, and its sequels.
The air is that of a previously existing ballad, the incidents
of which suggested the song to Hamilton.
p^^^H^
ppiB
Busk ye, busk ye, my bon - nie, bon - nie bride !
3
m
Busk ye, busk ye, my win - some mar - row !
U -* V— r-. k
p M*H ^ M £ r ^'j g
Busk ye, busk ye, my bon - nie, bon - nie bride, And
*
fF ^ ^^ ^jg P
i
it
think nae mair of the braes of Yar-row.' 'Where gat ye that
£e£
^ ^ = EP«
bon - nie, bon - nie bride? Where
w
ye that