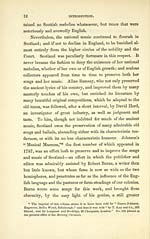 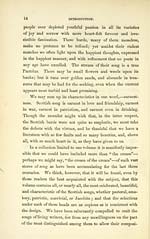 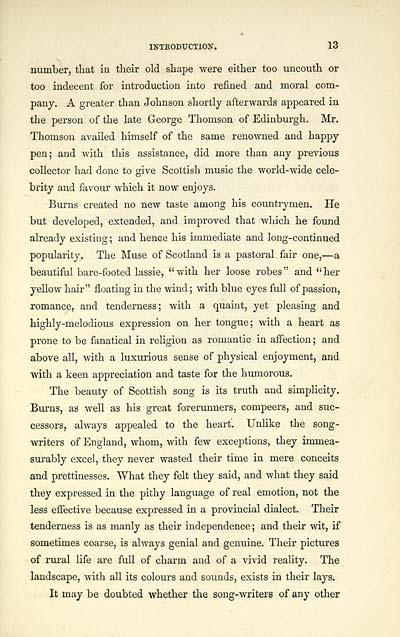 INTKODUCTION. 13
number, that in tlieir old sliape were either too uncouth or
too indecent for introduction into refined and moral com-
panj. A greater than Johnson shortly afterwards appeared in
the person of the late George Thomson of Edinburgh. Mr.
Thomson availed himself of the same renowned and happy-
pen; and with this assistance, did more than any previous
collector had done to give Scottish music the world-wide cele-
brity and favour which it now enjoys.
Burns created no new taste among his countrymen. He
but developed, extended, and improved that which he found
already existing ; and hence his immediate and long-continued
popularity. The Muse of Scotland is a pastoral fair one, — a
beautiful bare-footed lassie, "with her loose robes" and "her
yellow hair" floating in the wind; with blue eyes fuU of passion,
romance, and tenderness; with a quaint, yet pleasing and
highly-melodious expression on her tongue; with a heart as
prone to be fanatical in religion as romantic in affection ; and
above all, with a luxurious sense of physical enjoyment, and
with a keen appreciation and taste for the humorous.
The beauty of Scottish song is its truth and simplicity.
Burns, as well as his great forerunners, compeers, and suc-
cessors, always appealed to the heart. Unlike the song-
writers of England, whom, with few exceptions, they immea-
surably excel, they never wasted their time in mere conceits
and prettinesses. What they felt they said, and what they said
they expressed in the pithy language of real emotion, not the
less effective because expressed in a provincial dialect. Their
tenderness is as manly as their independence ; and their wit, if
sometimes coarse, is always genial and genuine. Their pictures
of rural life are full of charm and of a vivid reality. The
landscape, with all its colours and sounds, exists in their lays.
It may be doubted whether the song- writers of any other