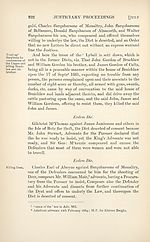 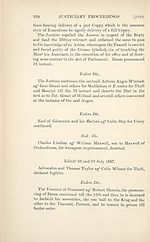 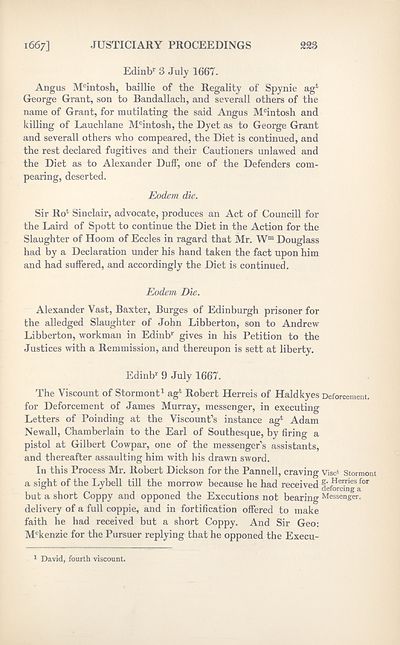 JUSTICIARY PROCEEDINGS
1667]
Edinbr 3 July 1667.
Angus Mcintosh, baillie of the Regality of Spynie agl
George Grant, son to Bandallach, and severall others of the
name of Grant, for mutilating the said Angus Mcintosh and
killing of Lauchlane Mcintosh, the Dyet as to George Grant
and severall others who compeared, the Diet is continued, and
the rest declared fugitives and their Cautioners unlawed and
the Diet as to Alexander Duff, one of the Defenders com¬
pearing, deserted.
Eodem die.
Sir Ro‘ Sinclair, advocate, produces an Act of Councill for
the Laird of Spott to continue the Diet in the Action for the
Slaughter of Hoorn of Eccles in ragard that Mr. Wm Douglass
had by a Declaration under his hand taken the fact upon him
and had suffered, and accordingly the Diet is continued.
Eodem Die.
Alexander Vast, Baxter, Burges of Edinburgh prisoner for
the alledged Slaughter of John Libberton, son to Andrew
Libberton, workman in Edinbr gives in his Petition to the
Justices with a Remmission, and thereupon is sett at liberty.
Edinbr 9 July 1667.
The Viscount of Stormont1 ag‘ Robert Herreis of Haldkyes Deforcement,
for Deforcement of James Murray, messenger, in executing
Letters of Poinding at the Viscount’s instance ag1 Adam
Newall, Chamberlain to the Earl of Southesque, by firing a
pistol at Gilbert Cowpar, one of the messenger’s assistants,
and thereafter assaulting him with his drawn sword.
In this Process Mr. Robert Dickson for the Pannell, craving Vise* Stormont
a sight of the Lybell till the morrow because he had received leforchjg a°r
but a short Coppy and opponed the Executions not bearing Messenger,
delivery of a full coppie, and in fortification offered to make
faith he had received but a short Coppy. And Sir Geo:
Mckenzie for the Pursuer replying that he opponed the Execu-
1 David, fourth viscount.