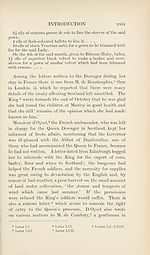 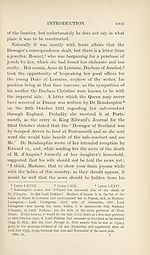 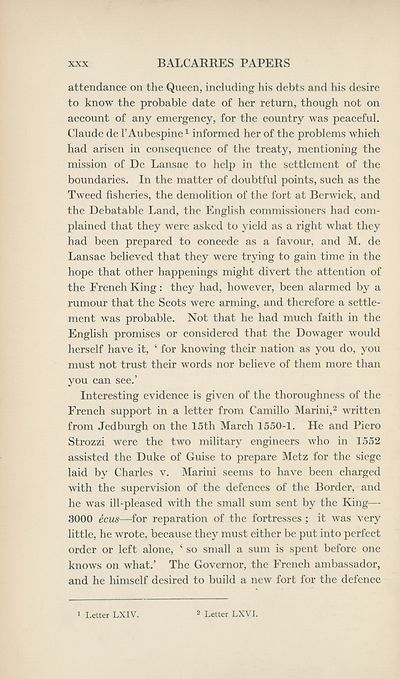 XXX
BALCARRES PAPERS
attendance on the Queen, including his debts and his desire
to know the probable date of her return, though not on
account of any emergency, for the country was peaceful.
Claude de I’Aubespine1 informed her of the problems which
had arisen in consequence of the treaty, mentioning the
mission of De Lansac to help in the settlement of the
boundaries. In the matter of doubtful points, such as the
Tweed fisheries, the demolition of the fort at Berwick, and
the Debatable Land, the English commissioners had com¬
plained that they were asked to yield as a right what they
had been prepared to concede as a favour, and M. de
Lansac believed that they were trying to gain time in the
hope that other happenings might divert the attention of
the French King: they had, however, been alarmed by a
rumour that the Scots were arming, and therefore a settle¬
ment was probable. Not that he had much faith in the
English promises or considered that the Dowager would
herself have it, ‘ for knowing their nation as you do, you
must not trust their words nor believe of them more than
you can see.’
Interesting evidence is given of the thoroughness of the
French support in a letter from Camillo Marini,2 written
from Jedburgh on the 15th March 1550-1. He and Piero
Strozzi were the two military engineers who in 1552
assisted the Duke of Guise to prepare Metz for the siege
laid by Charles v. Marini seems to have been charged
with the supervision of the defences of the Border, and
he was ill-pleased with the small sum sent by the King—
3000 ecus—for reparation of the fortresses ; it was very
little, he wrote, because they must either be put into perfect
order or left alone, ‘ so small a sum is spent before one
knows on what.’ The Governor, the French ambassador,
and he himself desired to build a new fort for the defence
Letter LXIV.
2 Letter LXVI.