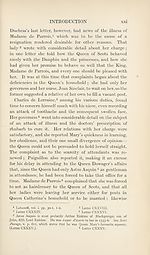 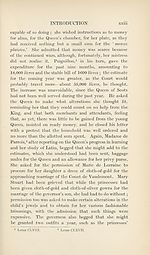 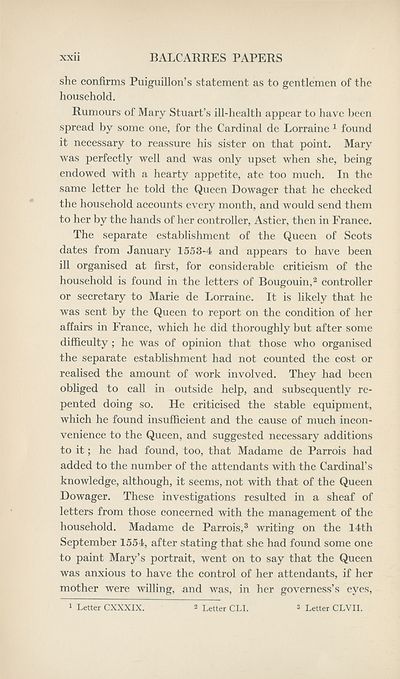 xxii BALCARRES PAPERS
she confirms Puiguillon’s statement as to gentlemen of the
household.
Rumours of Mary Stuart’s ill-health appear to have been
spread by some one, for the Cardinal de Lorraine 1 found
it necessary to reassure his sister on that point. Mary
was perfectly well and was only upset when she, being
endowed with a hearty appetite, ate too much. In the
same letter he told the Queen Dowager that he checked
the household accounts every month, and would send them
to her by the hands of her controller, Astier, then in France.
The separate establishment of the Queen of Scots
dates from January 1553-4 and appears to have been
ill organised at first, for considerable criticism of the
household is found in the letters of Bougouin,2 controller
or secretary to Marie de Lorraine. It is likely that he
was sent by the Queen to report on the condition of her
affairs in France, which he did thoroughly but after some
difficulty ; he was of opinion that those who organised
the separate establishment had not counted the cost or
realised the amount of work involved. They had been
obliged to call in outside help, and subsequently re¬
pented doing so. He criticised the stable equipment,
which he found insufficient and the cause of much incon¬
venience to the Queen, and suggested necessary additions
to it; he had found, too, that Madame de Parrois had
added to the number of the attendants with the Cardinal’s
knowledge, although, it seems, not with that of the Queen
Dowager. These investigations resulted in a sheaf of
letters from those concerned with the management of the
household. Madame de Parrois,3 writing on the 14th
September 1554, after stating that she had found some one
to paint Mary’s portrait, went on to say that the Queen
was anxious to have the control of her attendants, if her
mother were willing, and was, in her governess’s eyes,
1 Letter CXXXIX.
2 Letter CLI.
Letter CLVII.