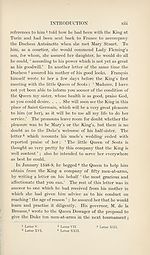 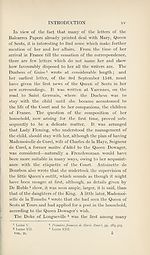 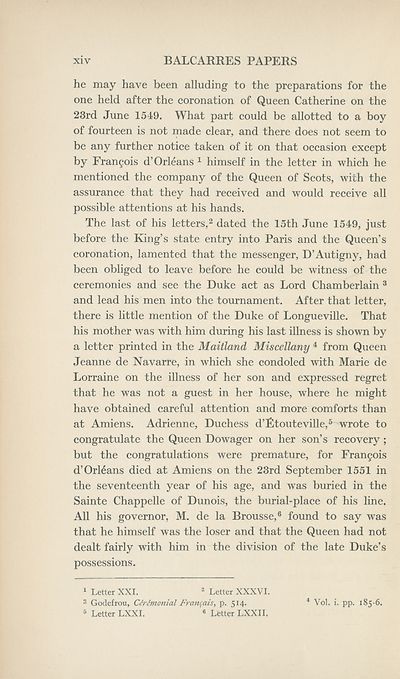 xiv
BALCARRES PAPERS
he may have been alluding to the preparations for the
one held after the coronation of Queen Catherine on the
23rd June 1549. What part could be allotted to a boy
of fourteen is not made clear, and there does not seem to
be any further notice taken of it on that occasion except
by Frangois d’Orleans 1 himself in the letter in which he
mentioned the company of the Queen of Scots, with the
assurance that they had received and would receive all
possible attentions at his hands.
The last of his letters,2 dated the 15th June 1549, just
before the King’s state entry into Paris and the Queen’s
coronation, lamented that the messenger, D’Autigny, had
been obliged to leave before he could be witness of the
ceremonies and see the Duke act as Lord Chamberlain 3
and lead his men into the tournament. After that letter,
there is little mention of the Duke of Longueville. That
his mother was with him during his last illness is shown by
a letter printed in the Maitland Miscellany 4 from Queen
Jeanne de Navarre, in which she condoled with Marie de
Lorraine on the illness of her son and expressed regret
that he was not a guest in her house, where he might
have obtained careful attention and more comforts than
at Amiens. Adrienne, Duchess d’Etouteville,5 wrote to
congratulate the Queen Dowager on her son’s recovery ;
but the congratulations were premature, for Francis
d’Orleans died at Amiens on the 23rd September 1551 in
the seventeenth year of his age, and was buried in the
Sainte Chappelle of Dunois, the burial-place of his line.
All his governor, M. de la Brousse,6 found to say was
that he himself was the loser and that the Queen had not
dealt fairly with him in the division of the late Duke’s
possessions.
1 Letter XXL a Letter XXXVI.
3 Godefrou, CMmonial Francais, p. 514.
Vol. i. pp. 185-6.