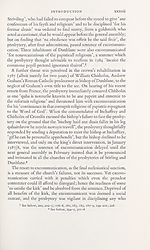 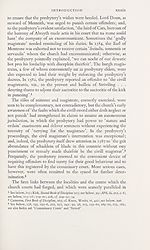 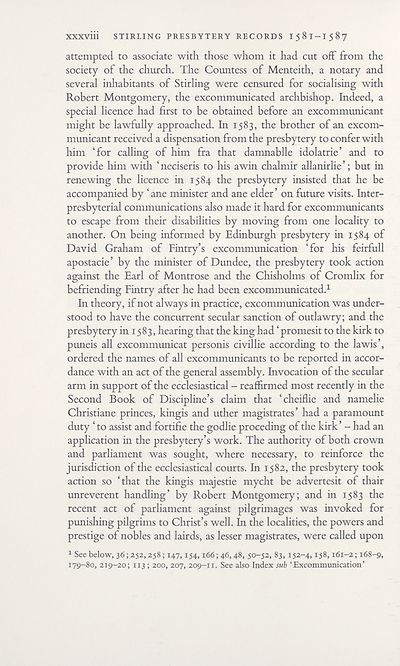 xxxviii STIRLING PRESBYTERY RECORDS I581-I587
attempted to associate with those whom it had cut off from the
society of the church. The Countess of Menteith, a notary and
several inhabitants of Stirling were censured for socialising with
Robert Montgomery, the excommunicated archbishop. Indeed, a
special licence had first to be obtained before an excommunicant
might be lawfully approached. In 1583, the brother of an excom¬
municant received a dispensation from the presbytery to confer with
him ‘for calling of him fra that damnablle idolatrie’ and to
provide him with ‘neciseris to his awin chalmir allanirlie’; but in
renewing the licence in 1584 the presbytery insisted that he be
accompanied by ‘ane minister and ane elder’ on future visits. Inter-
presbyterial communications also made it hard for excommunicants
to escape from their disabilities by moving from one locality to
another. On being informed by Edinburgh presbytery in 1584 of
David Graham of Fintry’s excommunication ‘for his feirfull
apostacie’ by the minister of Dundee, the presbytery took action
against the Earl of Montrose and the Chisholms of Cromlix for
befriending Fintry after he had been excommunicated.1
In theory, if not always in practice, excommunication was under¬
stood to have the concurrent secular sanction of outlawry; and the
presbytery in 15 8 3, hearing that the king had ‘ promesit to the kirk to
puneis all excommunicat personis civil lie according to the lawis’,
ordered the names of all excommunicants to be reported in accor¬
dance with an act of the general assembly. Invocation of the secular
arm in support of the ecclesiastical - reaffirmed most recently in the
Second Book of Discipline’s claim that ‘cheiflie and namelie
Christiane princes, kingis and uther magistrates’ had a paramount
duty ‘to assist and fortifie the godlie preceding of the kirk’ - had an
application in the presbytery’s work. The authority of both crown
and parliament was sought, where necessary, to reinforce the
jurisdiction of the ecclesiastical courts. In 1582, the presbytery took
action so ‘that the kingis majestic mycht be advertesit of thair
unreverent handling’ by Robert Montgomery; and in 1583 the
recent act of parliament against pilgrimages was invoked for
punishing pilgrims to Christ’s well. In the localities, the powers and
prestige of nobles and lairds, as lesser magistrates, were called upon
1 See below, 36; 252,258; 147,154,166; 46,48, 50-52, 83, 152-4,158,161-2; 168-9,
179-80, 219-20; 113 ; 200, 207, 209-11. See also Index sub ‘Excommunication’