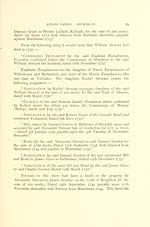 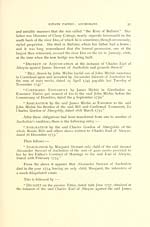 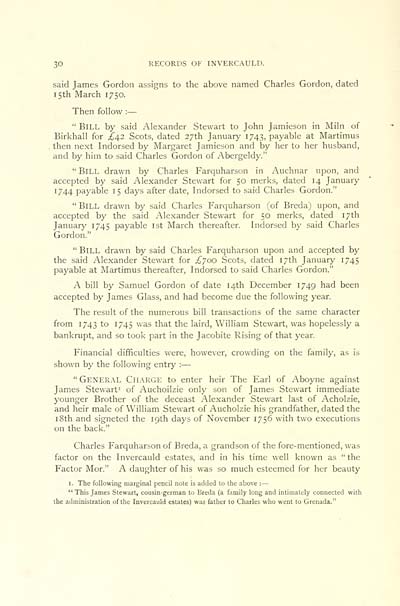 30 RECORDS OF INVERCAULD.
said James Gordon assigns to the above named Charles Gordon, dated
15th March 1750.
Then follow : —
" Bill by said Alexander Stewart to John Jamieson in Miln of
Birkhall for ^42 Scots, dated 27th January 1743, payable at Martimus
then next Indorsed by Margaret Jamieson and by her to her husband,
and by him to said Charles Gordon of Abergeldy."
" Bill drawn by Charles Farquharson in Auchnar upon, and
accepted by said Alexander Stewart for 50 merks, dated 14 January
1744 payable 15 days after date, Indorsed to said Charles Gordon."
" Bill drawn by said Charles Farquharson (of Breda) upon, and
accepted by the said Alexander Stewart for 50 merks, dated 17th
January 1745 payable 1st March thereafter. Indorsed by said Charles
Gordon."
" Bill drawn by said Charles Farquharson upon and accepted by
the said Alexander Stewart for ;^7oo Scots, dated 17th January 1745
payable at Martimus thereafter, Indorsed to said Charles Gordon."
A bill by Samuel Gordon of date 14th December 1749 had been
accepted by James Glass, and had become due the following year.
The result of the numerous bill transactions of the same character
from 1743 to 1745 was that the laird, William Stewart, was hopelessly a
bankrupt, and so took part in the Jacobite Rising of that year.
Financial difficulties were, however, crowding on the family, as is
shown by the following entry : —
" General Charge to enter heir The Earl of Aboyne against
James Stewart' of Auchoilzie only son of James Stewart immediate
younger Brother of the deceast Alexander Stewart last of Acholzie,
and heir male of William Stewart of Aucholzie his grandfather, dated the
1 8th and signeted the 19th days of November 1756 with two e.^cecutions
on the back."
Charles Farquharson of Breda, a grandson of the fore-mentioned, was
factor on the Invercauld estates, and in his time well known as "the
Factor Mor." A daughter of his was so much esteemed for her beauty
I. The following marginal pencil note is added to the above : —
" This James Stewart, cousin-german to Breda (a family long and intimately connected with
the administration of the Invercauld estates) was father to Charles who went to Grenada."