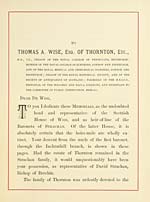 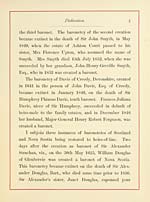 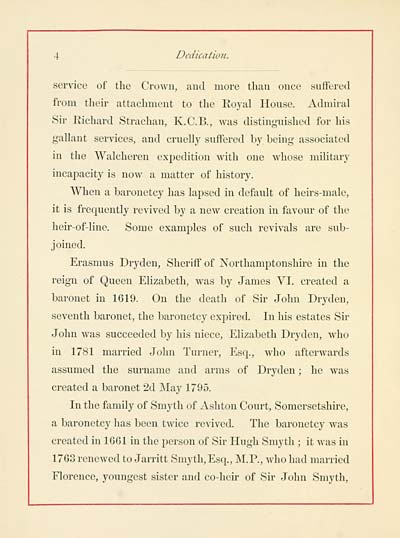 4 Dedication.
service of the Crown, and more than once suffered
from their attachment to the E-oyal House. Admiral
Sir Richard Strachan, K.C.B., was distinguished for his
gallant services, and cruelly suffered by being associated
in the Walcheren expedition with one whose military
incapacity is now a matter of history.
When a baronetcy has lapsed in default of heirs-male,
it is frequently revived by a new creation in favour of the
heir-of-line. Some examples of such revivals are sub-
joined.
Erasmus Dryden, Sheriff of Northamptonshire in the
reign of Queen Elizabeth, was by James VI. created a
baronet in 1619. On the death of Sir John Dryden,
seventh baronet, the baronetcy expired. In his estates Sir
John was succeeded by his niece, Elizabeth Dryden, who
in 1781 married John Turner, Esq., who afterwards
assumed the surname and arms of Dryden ; he w\as
created a baronet 2d May 1795.
In the family of Smyth of Ashton Court, Somersetshire,
a baronetcy has been twice revived. The baronetcy was
created in 1661 in the person of Sir Hugh Smyth ; it was in
1763 renewed to Jarritt Smyth,Esq., ]\I.P., who had married
Florence, youngest sister and co-heir of Sir John Smyth,