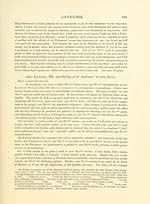 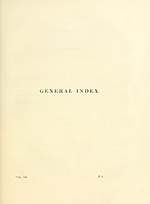 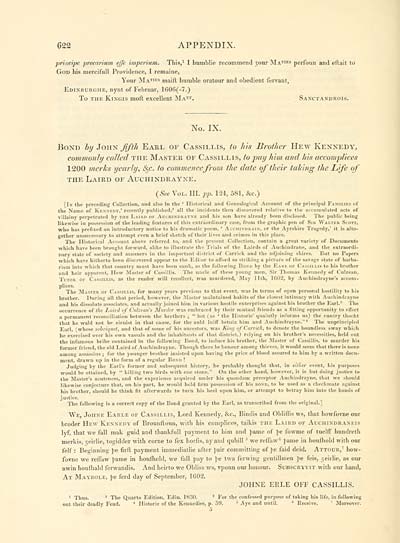 622 APPENDIX.
principe precarium e/Je imperium. This/ I humblie recommend 5onr Mamies perfoun and eflait to
God his mercifull Providence, I remaine,
Your Maties maid humble oratour and obedient fervant,
Edinburgh E, nynt of Februar, 1606(-7.)
To THE KiNGis moll excellent Ma^^'. Sanctandrois.
No. IX.
Bond hy John ffth Earl of Cassili.is, to his Brother Hew Kennedy,
commonJij called the Master of Cassillis, to imy him and his accomplices
1200 merJes yearly, l^c. to commence from the date of their talcing the Life of
THE Laird of Auchindrayne.
{See Vol. III. j^P- 124, 581, &c.)
[In the preceding Collection, and also in the ' Historical and Genealogical Account of the principal Families of
the Name of Kennedy,' recently published,^ all the incidents tlien discovered relative to tlie accumulated acts of
villainy perpetrated by the Laird of Auchindrayne and his son have already been disclosed. The public being
lilcewise in possession of the leading features of this extraordinary case, from the graphic pen of Sir Walter Scott,
who has prefixed an introductory notice to his dramatic poem, ' Auchindrain, or the Ayrshire Tragedy,' it is alto-
gether unnecessary to attempt even a brief sketch of their lives and crimes in this place.
The Historical Account above referred to, and the present Collection, contain a great variety of Documents
which have been brought forward, alike to illustrate the Trials of the Lairds of Auchindrane, and the extraordi-
nary state of society and manners in the important district of Carrick and the adjoining shires. But no Papers
■which have hitherto been discovered appear to the Edi'or to afford so striking a picture of the savage state of barba-
rism into which that country must have been sunk, as the following Bond by the Eakl of Cassillis to his brother
and heir apparent, Hew Master of Cassillis. The uncle of these young men. Sir Thomas Kennedy of Culzeau,
Tutor of Cassillis, as the reader will recollect, was murdered. May 11th, 1602, by Auchindrayne's accom-
plices.
The Master of Cassillis, for many years previous to that event, was in terms of open personal hostility to his
brother. During all that period, however, the Ma«ter maintained habits of the closest intimacy with Auchindrayne
and his dissolute associates, and actually joined him in various hostile enterprises against his brother the Earl.= The
occurrence of llie Laird of Cubean's Murder was embraced hy their mutual friends as a fitting opportunity to effect
a permanent reconciliation between the brothers ; " hot (as ' the Historic' quaintly informs us) the cuntry thocht
that he wald not be eirnist in that cause, for the auld luiff betnix him and Auchindrayne."' The unprincipled
Earl, (whose sobriquet, and that of some of his ancestors, was King of Carrick, to denote the boundless sway which
he exercised over his own vassals and the inhabitants of that district,) relying on his brother's necessities, held out
the infamous bribe contained in the following Bond, to induce his brother, the Master of Cassillis, to murder his
former friend, the old Laird of Auchindrayne. Though there be honour among thieves, it would seem that there is none
among assassins ; for the younger brother insisted upon having the price of blood assured to him by a written docu-
ment, drawn up in the form of a regular Bond !
Judging by the Earl's former and subsequent history, he probably thought that, in eillier event, his purposes
would be attained, by " killing two birds with one stone." On the other hand, however, it is but doing justice to
the Master's acuteness, and the experience acquired under his quondam preceptor Auchindrayne, that we should
likewise conjecture that, on his part, he would hold firm possession of his bond, to be used as a checkmate against
his brother, should he think fit afterwards to turn his heel upon him, or attempt to betray him into the hands of
justice.
The following is a correct copy of the Bond granted by the Earl, as transcribed from the original.]
We, Joiine Earle of Cassillis, Lord Kennedy, &c., Bindis and Obliflis ws, that howfovne our
broder Hew Kennedy of Brounfloun, with his complices, taikis the Laird of Auchindraneis
lyf, that we fall mak guid and thaukfull payment to him and fame of ]ie fowme of tuelfi' hundreth
merkis, 3eiilie, togidder with corne to fex horfis, ay and quhill ^ we reflaw^ fame in houlliold with our
felf : Beginning J)e firfl payment immediatlie after Jiair committing of ]ie faid deid. Attour,' how-
fovne we refl'aw fame in houfliold, we fall pay to ))e twa ferning gentillmen ]>e feis, 5eirlie, as our
awin houfliald ferwandis. And heirto we Obliss ws, vpoun our honour. Subscryvit with our hand,
At Maybole, \>e ferd day of September, 1602.
JOHNE ERLE OFF CASSILLIS.
' Thus. ^ The Quarto Edition, Edin. 1830. ' For the confessed purpose of taking his life, in following
out their deadly Feud. ' Historic of the Kennedies, p. 59. ^ Aye and until. " Receive. ' Moreover.