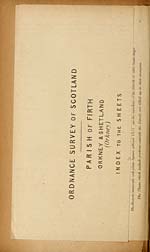 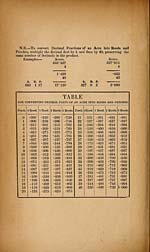 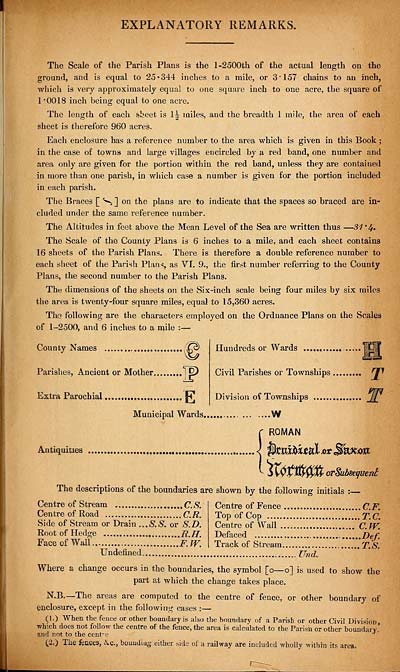 EXPLANATORY REMARKS.
The Scale of the Parish Plans is the 1-2500th of the actual length on the
ground, and is equal to 25*344 inches to a mile, or 3 157 chains to an inch,
which is very approximately equal to one square inch to one acre, the square of
1*0018 inch being equal to one acre.
The length of each sheet is H miles, and the breadth 1 mile, the area of each
sheet is therefore 960 acres.
Each enclosure has a reference number to the area which is given in this Book ;
in the case of towns and large villages encircled by a red band, one number and
area only are given for the portion within the red band, unless they are contained
in more than one parish, in which case a number is given for the portion included
in each parish.
The B races [ 'S] on the plans are to indicate that the spaces so braced are in¬
cluded under the same reference number.
The Altitudes in feet above the Mean Level of the Sea are written thus —31'4.
The Scale of the County Plans is 6 inches to a mile, and each sheet contains
16 sheets of the Parish Plans. There is therefore a double reference number to
each sheet of the Parish Plans, as VT. 9., the first number referring to the County
Plans, the second number to the Parish Plans.
The dimensions of the sheets on the Six-inch scale being four miles by six miles
the area is twenty-four square miles, equal to 15,360 acres.
The following are the characters employed on the Ordnance Plans on the Scales
of 1-2500, and 6 inches to a mile :—
County Names
Parishes, Ancient or Mother,
Extra Parochial
Hundreds or Wards
Civil Parishes or Townships
Division of Townships
T
Antiquities
Municipal Wards
..W
ROMAN
MtMK orSubsequent
The descriptions of the boundaries are shown by the following initials
Centre of Stream C.S.
Centre of Road C.R.
Side of Stream or Drain ...S.S. or S.D.
Root of Hedge R.H.
Face of Wall F.W.
Undefined
Centre of Fence C.F.
Top of Cop T.C.
Centre of Wall C.JV.
Defaced Def.
Track of Stream T.S.
Und.
Where a change occurs in the boundaries, the symbol [o—o] is used to show the
part at which the change takes place.
N.B.—The areas are computed to the centre of fence, or other boundary of
enclosure, except in the following cases :—
(1.) When the fence or other boundary is also the boundary of a Parish or other Civil Division
which does not follow the centre of the fence, the area is calculated to the Parish or other boundary
and not to the cent-e
^2.) Ike fences, bounding either side oi a railway are included wholly within its area.