Genealogy of the most noble and ancient House of Drummond 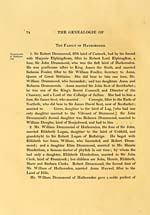 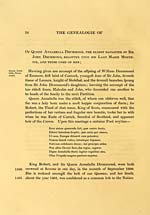 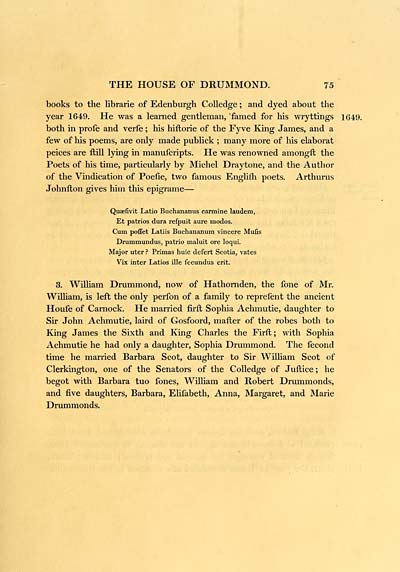 THE HOUSE OF DRUMMOND. 75
books to the librarie of Edenburgh Colledge ; and dyed about the
year 1649. He was a learned gentleman, famed for his wryttings 1649.
both in profe and verfe ; his hiftorie of the Fyve King James, and a
few of his poems, are only made publick ; many more of his elaborat
peices are ftill lying in manufcripts. He was renowned amongft the
Poets of his time, particularly by Michel Draytone, and the Author
of the Vindication of Poefie, two famous Englifh poets. Arthurus
Johnfton gives him this epigrame —
Qusefivit Latio Buchananus carmine laudem,
Et patrios dura refpuit aure modos.
Cum poffet Latiis Buchananum vincere Mufis
Drummundus, patrio maluit ore loqui.
Major uter ? Primas huic defert Scotia, vates
Vix inter Latios ille fecundus erit.
3. William Drummond, now of Hathornden, the fone of Mr.
William, is left the only perfon of a family to reprefent the ancient
Houfe of Carnock. He married firft Sophia Achmutie, daughter to
Sir John Achmutie, laird of Gosfoord, matter of the robes both to
King James the Sixth and King Charles the Firft ; with Sophia
Achmutie he had only a daughter, Sophia Drummond. The fecond
time he married Barbara Scot, daughter to Sir William Scot of
Clerkington, one of the Senators of the Colledge of Juftice ; he
begot with Barbara tuo fones, William and Robert Drummonds,
and five daughters, Barbara, Elifabeth, Anna, Margaret, and Marie
Drummonds.