Historical account of the family of Hay of Leys 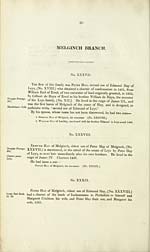 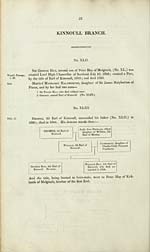 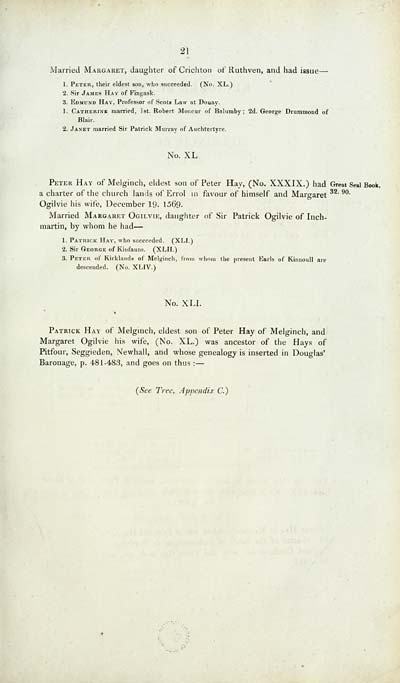 21
Married Margaret, daughter of Crichton of lluthven, and had issue —
1. Peter, their eldest son, who succeeded. (No. XL.)
2. Sir James Hay of Fingask.
3. Edmund Hay, Professor of Scots Law at Douay.
1. Catherine married, 1st. Robert Moncur of Balumby ; 2d. George Drummond of
Blair.
2. Janet married Sir Patrick Murray of Auchteityre.
No. XL
Peter Hay of Melginch, eldest son of Peter Hay, (No. XXXIX.) had Great Seal Book,
a charter of the church lands of Errol in favour of himself and Margaret 32 - 90 -
Ogilvie his wife, December 19. 1569.
Married Margaret Ogilvie, daughter of Sir Patrick Ogilvie of Inch-
martin, by whom he had —
1. Patrick Hay, who succeeded. (XLI.)
2. Sir George of Kinfauns. (XLII.)
3. Peter of Kirklands of Melginch, from whom the present Earls of Kinnoull are
descended. (No. XLIV.)
No. XLI.
Patrick Hay of Melginch, eldest son of Peter Hay of Melginch, and
Margaret Ogilvie his wife, (No. XL.) was ancestor of the Hays of
Pitfour, Seggieden, Newhall, and whose genealogy is inserted in Douglas'
Baronage, p. 481-483, and goes on thus : —
(See Tree, Appendix C.)