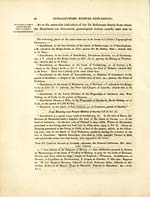 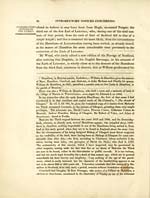 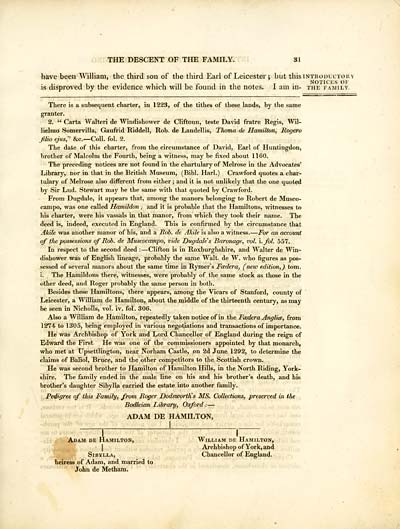 THE DESCENT OF THE FAMILY. 81
have been William, the third son of the third Earl of Leicester ; but this introductory
■ ,- 111 -i , . . .... , . . . T . NOTICES OF
is disproved by the evidence which will be found in the notes. 1 am in- the family.
There is a subsequent charter, in 1223, of the tithes of these lands, by the same
granter.
2. " Carta Walteri de Windisbower de Cliftoun, teste David fratre Regis, Wil-
lielmo Somervilla, Gaufrid Riddell, Rob. de Landellis, Thoma de Hamilton, Rogero
ftlio ejus," &c. — Coll. fob 2.
The date of this charter, from the circumstance of David, Earl of Huntingdon,
brother of Malcolm the Fourth, being a witness, may be fixed about 1160.
The preceding notices are not found in the chartulary of Melrose in the Advocates'
Library, nor in that in the British Museum, (Bibl. Harl.) Crawford quotes a char-
tulary of Melrose also different from either ; and it is not unlikely that the one quoted
by Sir Lud. Stewart may be the same with that quoted by Crawford.
From Dugdale, it appears that, among the manors belonging to Robert de Musco-
campo, was one called Hamildon ; and it is probable that the Hamiltons, witnesses to
his charter, were his vassals in that manor, from which they took their name. The
deed is, indeed, executed in England. This is confirmed by the circumstance that
Akile was another manor of his, and a Rob. de Akile is also a witness. — For an account
of the possessions of Rob. de Muscocampo, vide Dugdale 's Baronage, vol. i.fol. 557.
In respect to the second deed : — Clifton is in Roxburghshire, and Walter de Win-
dishower was of English lineage, probably the same Walt, de W. who figures as pos-
sessed of several manors about the same time in Rymer's Fcedera, (new edition,) torn,
i. The Hamildons there, witnesses, were probably of the same stock as those in the
other deed, and Roger probably the same person in both.
Besides these Hamiltons, there appears, among the Vicars of Stanford, county of
Leicester, a William de Hamilton, about the middle of the thirteenth century, as may
be seen in Nicholls, vol. iv. fol. 306.
Also a William de Hamilton, repeatedly taken notice of in the Fcedera Angliae, from
1274 to 1305, being employed in various negotiations and transactions of importance.
He was Archbishop of York and Lord Chancellor of England during the reign of
Edward the First. He was one of the commissioners appointed by that monarch,
who met at Upsettlington, near Norham Castle, on 2d June 1292, to determine the
claims of Baliol, Bruce, and the other competitors to the Scottish crown.
He was second brother to Hamilton of Hamilton Hills, in the North Riding, York-
shire. The family ended in the male line on his and his brother's death, and his
brother's daughter Sibylla carried the estate into another family.
Pedigree of this Family, from Roger Dodsworth's MS. Collections, preserved in the
Bodleian Library, Oxford : —
ADAM DE HAMILTON,
I
I I
dam de Hamilton, William de Hamilton,
Archbishop of York, and
Sibylla, Chancellor of England,
heiress of Adam, and married to
John de Metham.