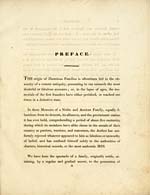 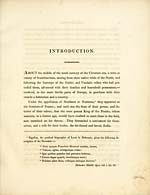 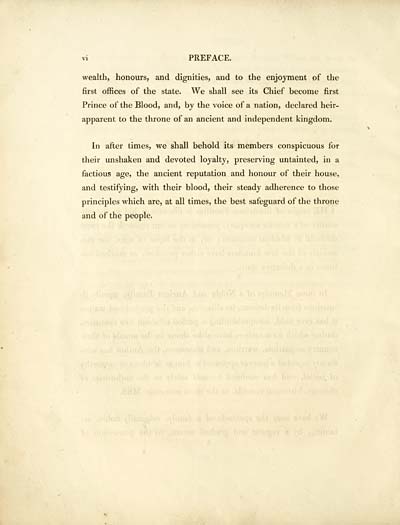 vi PREFACE.
wealth, honours, and dignities, and to the enjoyment of the
first offices of the state. We shall see its Chief become first
Prince of the Blood, and, by the voice of a nation, declared heir-
apparent to the throne of an ancient and independent kingdom.
In after times, we shall behold its members conspicuous for
their unshaken and devoted loyalty, preserving untainted, in a
factious age, the ancient reputation and honour of their house,
and testifying, with their blood, their steady adherence to those
principles which are, at all times, the best safeguard of the throne
and of the people.