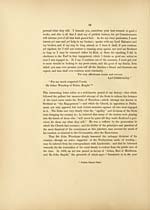 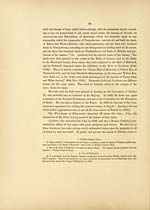 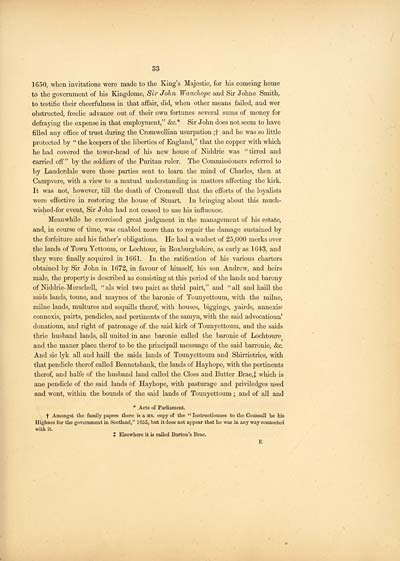 33
1650, when invitations were made to the King's Majestie, for his comeing home
to the government of his Kingdome, Sir John Wauchope and Sir Johne Smith,
to testifie their cheerfulness in that affair, did, when other means failed, and wer
obstructed, freelie advance out of their own fortunes several sums of money for
defraying the expense in that employment," &c* Sir John does not seem to have
filled any office of trust during the Cromwelhan usurpation ;f and he was so little
protected by "the keepers of the liberties of England," that the copper with which
he had covered the tower-head of his new house of Niddrie was "tirred and
carried off" by the soldiers of the Puritan ruler. The Commissioners referred to
by Lauderdale were those parties sent to learn the mind of Charles, then at
Campvere, with a view to a mutual understanding in matters affecting the kirk.
It was not, however, till the death of Cromwell that the efforts of the loyalists
were effective in restoring the house of Stuart. In bringing about this much-
wished-for event, Sir John had not ceased to use his influence.
Meanwhile he exercised great judgment in the management of his estate,
and, in course of time, was enabled more than to repair the damage sustained by
the forfeiture and his father's obligations. He had a wadset of 25,000 merks over
the lands of Town Yettoum, or Lochtour, in Roxburghshire, as early as 1 643, and
they were finally acquired in 1661. In the ratification of his various charters
obtained by Sir John in 1672, in favour of himself, his son Andrew, and heirs
male, the property is described as consisting at this period of the lands and barony
of Niddrie-Merschell, "als wiel two pairt as thrid pairt," and "all and haill the
saids lands, toune, and maynes of the baronie of Tounyettoum, with the milne,
milne lands, multures and sequills therof, with houses, biggings, yairds, annexis'
connexis, pairts, pendicles, and pertinents of the samyn, with the said advocatioun'
donatioun, and right of patronage of the said kirk of Tounyettoum, and the saids
thrie husband lands, all united in ane baronie called the baronie of Lochtoure
and the maner place therof to be the principall messuage of the said barronie, &c.
And sic lyk all and haill the saids lands of Tounyettoum and Slnrrietries, with
that pendicle therof called Bennetsbank, the lands of Hayhope, with the pertinents
therof, and halfe of the husband land called the Closs and Butter Brae,t which is
ane pendicle of the said lands of Hayhope, with pasturage and rjriviledges used
and wont, within the bounds of the said lands of Tounyettoum ; and of all and
* Acts of Parliament,
f Amongst the family papers there is a MS. copy of the " Instructiounes to the Couneall be his
Highnes for the government in Scotland," 1655, but it does not appear that he was in any way connected
with it.
+ Elsewhere it is called Burton's Brae.
E