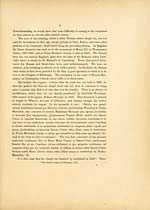 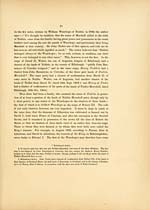 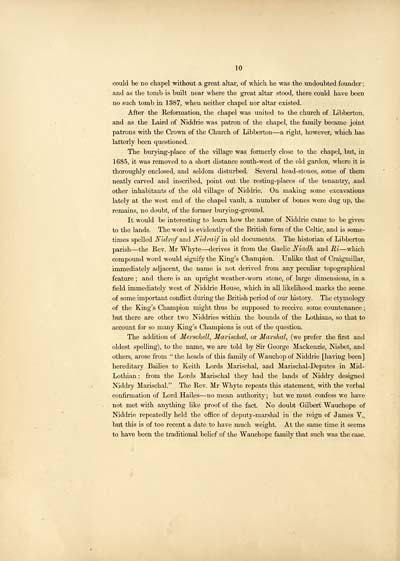 10
could be no chapel without a great altar, of which he was the undoubted founder ;
and as the tomb is built near where the great altar stood, there could have been
no such tomb in 1387, when neither chapel nor altar existed.
After the Reformation, the chapel was united to the church of Libberton,
and as the Laird of Niddrie was patron of the chapel, the family became joint
patrons with the Crown of the Church of Libberton — a right, however, which has
latterly been questioned.
The burying-place of the village was formerly close to the chapel, but, in
1685, it was removed to a short distance south-west of the old garden, where it is
thoroughly enclosed, and seldom disturbed. Several head-stones, some of them
neatly carved and inscribed, point out the resting-places of the tenantry, and
other inhabitants of the old vdlage of Niddrie. On making some excavations
lately at the west end of the chapel vault, a number of bones were dug up, the
remains, no doubt, of the former burying-ground.
It would be interesting to learn how the name of Niddrie came to be given
to the lands. The word is evidently of the British form of the Celtic, and is some-
times spelled Nidrof and Nidra if in old documents. The historian of Libberton
parish— the Rev. Mr Whyte — derives it from the Gaelic Niadh and Ri — which
compound word woidd signify the King's Chain j>ion. Unlike that of Craigmillar,
immediately adjacent, the name is not derived from any peculiar topographical
feature ; and there is an upright weather-worn stone, of large dimensions, in a
field immediately west of Niddrie House, which in all likelihood marks the scene
of some important conflict during the British period of our history. The etymology
of the King's Champion might thus be supposed to receive some countenance ;
but there are other two Niddries within the bounds of the Lothians, so that to
account for so many King's Champions is out of the question.
The addition of Merschell, Marischal, or Marshal, (we prefer the first and
oldest spelling), to the name, we are told by Sir George Mackenzie, Nisbet, and
others, arose from " the heads of this family of Wauchop of Niddrie [having been]
hereditary Bailies to Keith Lords Marischal, and Marischal-Deputes in Mid-
Lothian : from the Lords Marischal they had the lands of Niddry designed
Niddry Marischal." The Rev. Mr Whyte repeats this statement, with the verbal
confirmation of Lord Hailes — no mean authority ; but we must confess we have
not met with anything like proof of the fact. No doubt Gilbert Wauchope of
Niddrie repeatedly held the office of deputy-marshal in the reign of James V.,
but this is of too recent a date to have much weight. At the same time it seems
to have been the traditional belief of the Wauchope family that such was the case.