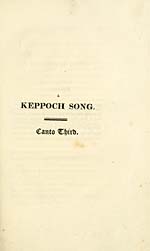 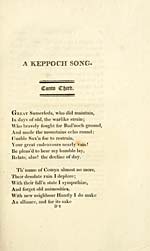 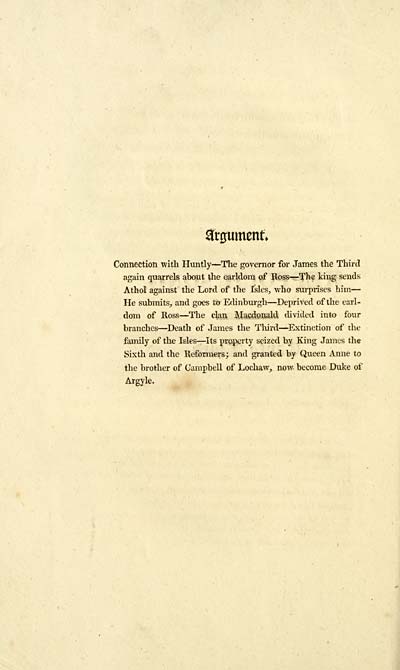 argument*
Connection with Huntly — The governor for James the Third
again quarrels about the earldom of Ross — The king sends
Athol against the Lord of the Isles, who surprises him —
He submits, and goes to Edinburgh — Deprived of the earl-
dom of Ross — The clan Macdonuld divided into four
branches — Death of James the Third — Extinction of the
family of the Isles — Its property seized by King James the
Sixth and the Reformers; and granted by Queen Anne to
the brother of Campbell of Lochaw, now become Duke of
Argyle.