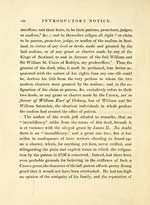 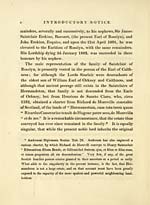 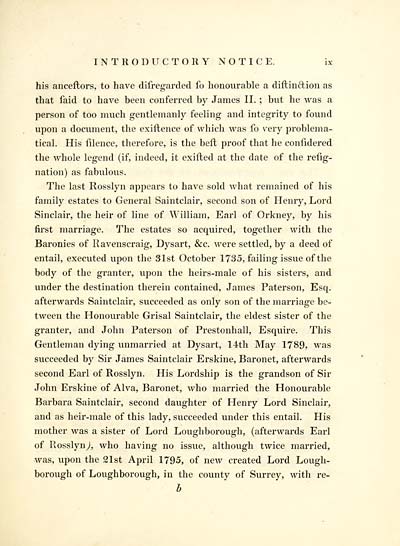 INTRODUCTORY NOTICE. ix
his ancestors, to have difregarded fo honourable a diftinftion as
that faid to have been conferred by James II. ; but he was a
person of too much gentlemanly feeling and integrity to found
upon a document, the exiftence of which was fo very problema-
tical. His iilence, therefore, is the bell proof that he confidered
the whole legend (if, indeed, it exifted at the date of the refig-
nation) as fabulous.
The last Rosslyn appears to have sold what remained of his
family estates to General Saintclair, second son of Henry, Lord
Sinclair, the heir of line of William, Earl of Orkney, by his
first marriage. The estates so acquired, together with the
Baronies of Ravenscraig, Dysart, &c. were settled, by a deed of
entail, executed upon the 31st October 1735, failing issue of the
body of the granter, upon the heirs-male of his sisters, and
under the destination therein contained, James Paterson, Esq.
afterwards Saintclair, succeeded as only son of the marriage be-
tween the Honourable Grisal Saintclair, the eldest sister of the
granter, and John Paterson of Prestonhall, Esquire. This
Gentleman dying unmarried at Dysart, 14th May 1789, was
succeeded by Sir James Saintclair Erskine, Baronet, afterwards
second Earl of Rosslyn. His Lordship is the grandson of Sir
John Erskine of Alva, Baronet, who married the Honourable
Barbara Saintclair, second daughter of Henry Lord Sinclair,
and as heir-male of this lady, succeeded under this entail. His
mother was a sister of Lord Loughborough, (afterwards Earl
of Rosslyn,), who having no issue, although twice married,
was, upon the 21st April 1795, of new created Lord Lough-
borough of Loughborough, in the county of Surrey, with x-e-
b