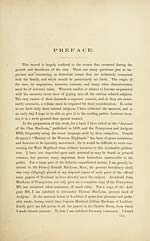 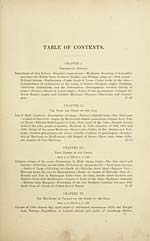 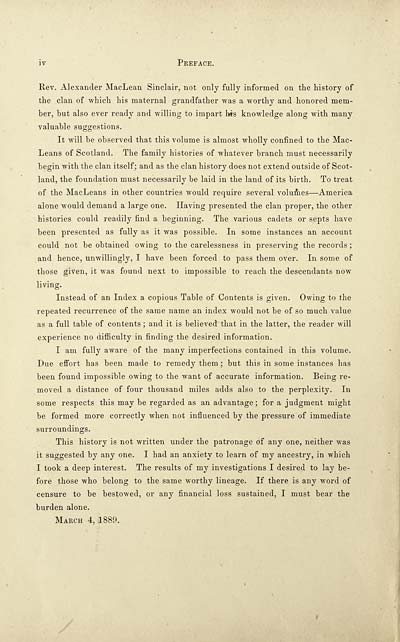 iv Preface.
Rev. Alexander MacLean Sinclair, not only fully informed on the history of
the clan of which his maternal grandfather was a worthy and honored mem-
ber, but also ever ready and willing to impart bis knowledge along with many
valuable suggestions.
It will be observed that this volume is almost wholly confined to the Mac-
Leans of Scotland. The family histories of whatever branch must necessarily
begin with the clan itself; and as the clan history does not extend outside of Scot-
land, the foundation must necessarily be laid in the land of its birth. To treat
of the MacLeans in other countries would require several volu&es — America
alone would demand a large one. Having presented the clan proper, the other
histories could readily find a beginning. The various cadets or septs have
been presented as fully as it was possible. In some instances an account
could not be obtained owing to the carelessness in preserving the records ;
and hence, unwillingly, I have been forced to pass them over. In some of
those given, it was found next to impossible to reach the descendants now
living.
Instead of an Index a copious Table of Contents is given. Owing to the
repeated recurrence of the same name an index would not be of so much value
as a full table of contents ; and it is believed that in the latter, the reader will
experience no difficulty in finding the desired information.
I am fully aware of the many imperfections contained in this volume.
Due efi"ort has been made to remedy them ; but this in some instances has
been found impossible owing to the want of accurate information. Being re-
moved a distance of four thousand miles adds also to the perplexity. In
some respects this may be regarded as an advantage; for a judgment might
be formed more correctly when not influenced by the pressure of immediate
surroundings.
This history is not written under the patronage of any one, neither was
it suggested by any one. I had an anxiety to learn of my ancestry, in which
I took a deep interest. The results of my investigations I desired to lay be-
fore those who belong to the same worthy lineage. If there is any word of
censure to be bestowed, or any financial loss sustained, I must bear the
burden alone.
March 4, 1889.