History of the Reed family in Europe and America 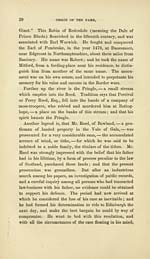 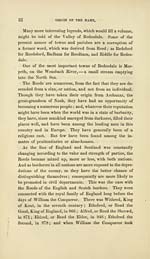 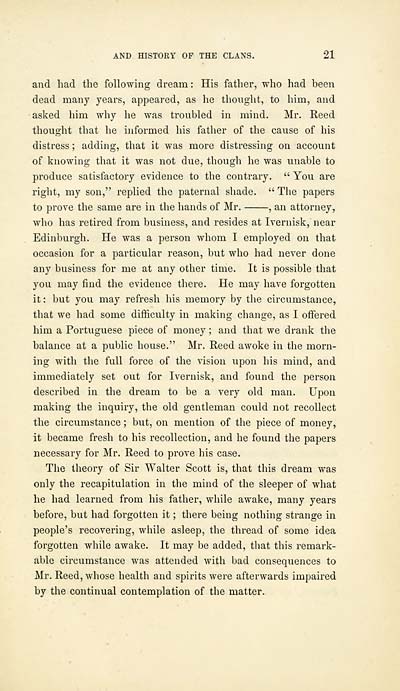 AND HISTORY OP THE CLANS. 21
and had the following dream : His father, who had been
dead many years, appeared, as he thought, to him, and
asked him why he was troubled in mind. Mr. Reed
thought that he informed his father of the cause of his
distress ; adding, that it was more distressing on account
of knowing that it was not due, though he was unable to
produce satisfactory evidence to the contrary. " You are
right, my son," replied the paternal shade. " The papers
to prove the same are in the hands of Mr. , an attorney,
who has retired from business, and resides at Ivernisk, near
Edinburgh. He was a person whom I employed on that
occasion for a particular reason, but who had never done
any business for me at any other time. It is possible that
you may find the evidence there. He may have forgotten
it: but you may refresh his memory by the circumstance,
that we had some difficulty in making change, as I offered
him a Portuguese piece of money ; and that we drank the
balance at a public house." Mr. Reed awoke in the morn-
ing with the full force of the vision upon his mind, and
immediately set out for Ivernisk, and found the person
described in the dream to be a very old man. Upon
making the inquiry, the old gentleman could not recollect
the circumstance ; but, on mention of the piece of money,
it became fresh to his recollection, and be found the papers
necessary for Mr. Reed to prove his case.
The theory of Sir Walter Scott is, that this dream was
only the recapitulation in the mind of the sleeper of what
he had learned from his father, while awake, many years
before, but had forgotten it ; there being nothing strange in
people's recovering, while asleep, the thread of some idea
forgotten while awake. It may be added, that this remark-
able circumstance was attended with bad consequences to
Mr. Reed, whose health and spirits were afterwards impaired
by the continual contemplation of the matter.