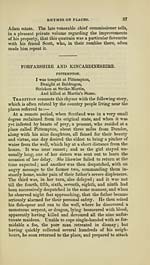 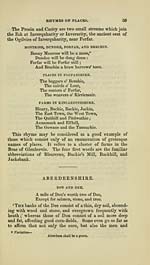 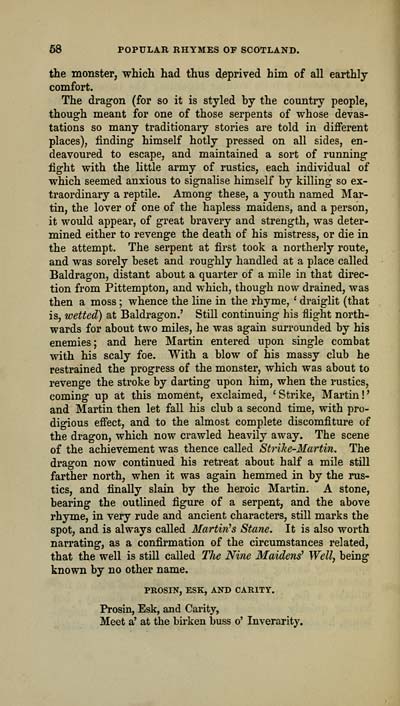 58 POPULAR RHYMES OF SCOTLAND.
the monster, which had thus deprived him of all earthly-
comfort.
The dragon (for so it is styled by the countiy people,
though meant for one of those serpents of whose devas-
tations so many traditionary stories are told in different
places), finding himself hotly pressed on all sides, en-
deavoured to escape, and maintained a sort of running
light with the little army of rustics, each individual of
which seemed anxious to signalise himself by killing so ex-
traordinary a reptile. Among these, a youth named Mar-
tin, the lover of one of the hapless maidens, and a person,
it would appear, of great bravery and strength, was deter-
mined either to revenge the death of his mistress, or die in
the attempt. The serpent at first took a northerly route,
and was sorely beset and roughly handled at a place called
Baldragon, distant about a quarter of a mile in that direc-
tion from Pittempton, and which, though now drained, was
then a moss ; whence the line in the rhyme, ' draiglit (that
is, wetted) at Baldragon.' Still continuing his flight north-
wards for about two miles, he was again surrounded by his
enemies; and here Martin entered upon single combat
with his scaly foe. With a blow of his massy club he
restrained the progress of the monster, which was about to
revenge the stroke by darting upon him, when the rustics,
coming up at this moment, exclaimed, ' Strike, Martin ! '
and Martin then let fall his club a second time, with pro-
digious effect, and to the almost complete discomfiture of
the dragon, which now crawled heavily away. The scene
of the achievement was thence called Strihe-Martin. The
dragon now continued his retreat about half a mile still
farther north, when it was again hemmed in by the rus-
tics, and finally slain by the heroic Martin. A stone,
bearing the outlined figure of a serpent, and the above
rhyme, in very rude and ancient characters, still marks the
spot, and is always called Martinis Stane. It is also worth
narrating, as a confirmation of the circumstances related,
that the well is still called The Nine Maidens' Well, being
known by no other name.
PROSIN, ESK, AND CARITY.
Prosin, Esk, and Carity,
Meet a' at the birken buss o' Inverarity.