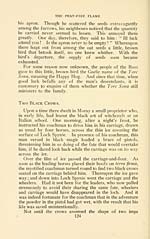 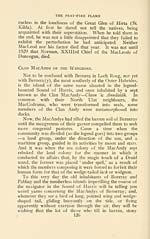 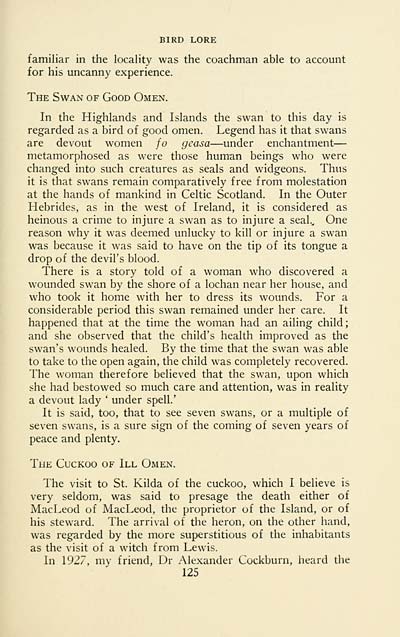 BIRD LORE
familiar in the locality was the coachman able to account
for his uncanny experience.
The Swan of Good Omen.
In the Highlands and Islands the swan to this day is
regarded as a bird of good omen. Legend has it that swans
are devout women fo geasa — under enchantment —
metamorphosed as were those human beings who were
changed into such creatures as seals and widgeons. Thus
it is that swans remain comparatively free from molestation
at the hands of mankind in Celtic Scotland. In the Outer
Hebrides, as in the west of Ireland, it is considered as
heinous a crime to injure a swan as to injure a seal.. One
reason why it was deemed unlucky to kill or injure a swan
was because it was said to have on the tip of its tongue a
drop of the devil's blood.
There is a story told of a woman who discovered a
wounded swan by the shore of a lochan near her house, and
who took it home with her to dress its wounds. For a
considerable period this swan remained under her care. It
happened that at the time the woman had an ailing child;
and she observed that the child's health improved as the
swan's wounds healed. By the time that the swan was able
to take to the open again, the child was completely recovered.
The woman therefore believed that the swan, upon which
she had bestowed so much care and attention, was in reality
a devout lady ' under spell.'
It is said, too, that to see seven swans, or a multiple of
seven swans, is a sure sign of the coming of seven years of
peace and plenty.
The Cuckoo of III Omen.
The visit to St. Kilda of the cuckoo, which 1 believe is
very seldom, was said to presage the death either of
MacLeod of MacLeod, the proprietor of the Island, or of
his steward. The arrival of the heron, on the other hand,
was regarded by the more superstitious of the inhabitants
as the visit of a witch from Lewis.
In 1927, my friend, Dr Alexander Cockburn, heard the
125