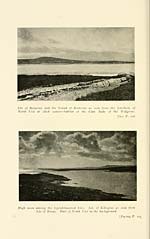 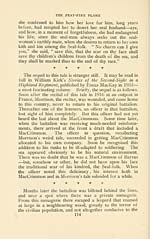 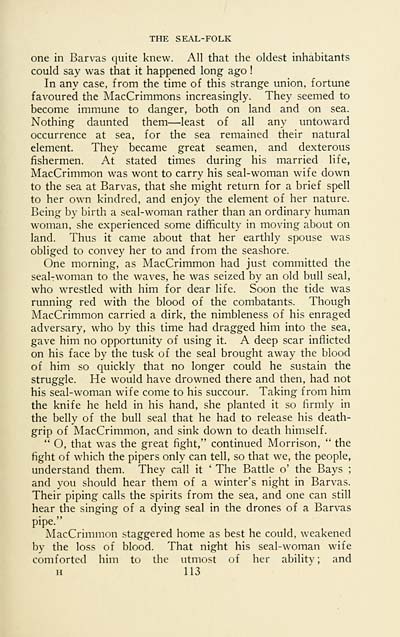 THE SEAL-FOLK
one in Barvas quite knew. All that the oldest inhabitants
could say was that it happened long ago !
In any case, from the time of this strange union, fortune
favoured the MacCrimmons increasingly. They seemed to
become immune to danger, both on land and on sea.
Nothing daunted them — least of all any untoward
occurrence at sea, for the sea remained their natural
element. They became great seamen, and dexterous
fishermen. At stated times during his married life,
MacCrimmon was wont to carry his seal- woman wife down
to the sea at Barvas, that she might return for a brief spell
to her own kindred, and enjoy the element of her nature.
Being by birth a seal-woman rather than an ordinary human
woman, she experienced some difficulty in moving about on
land. Thus it came about that her earthly spouse was
obliged to convey her to and from the seashore.
One morning, as MacCrimmon had just committed the
seal-woman to the waves, he was seized by an old bull seal,
who wrestled with him for dear life. Soon the tide was
running red with the blood of the combatants. Though
MacCrimmon carried a dirk, the nimbleness of his enraged
adversary, who by this time had dragged him into the sea,
gave him no opportunity of using it. A deep scar inflicted
on his face by the tusk of the seal brought away the blood
of him so c^uickly that no longer could he sustain the
struggle. He would have drowned there and then, had not
his seal-woman wife come to his succour. Taking from him
the knife he held in his hand, she planted it so firmly in
the belly of the bull seal that he had to release his death-
grip of MacCrimmon, and sink down to death himself.
" O, that was the great fight," continued Morrison, " the
fight of which the pipers only can tell, so that we, the people,
understand them. They call it ' The Battle o' the Bays ;
and you should hear them of a winter's night in Barvas.
Their piping calls the spirits from the sea, and one can still
hear the singing of a dying seal in the drones of a Barvas
pipe."
MacCrimmon staggered home as best he could, weakened
by the loss of blood. That night his seal-woman wife
comforted him to the utmost of her ability; and
H 113