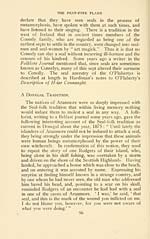 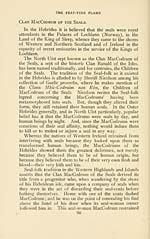 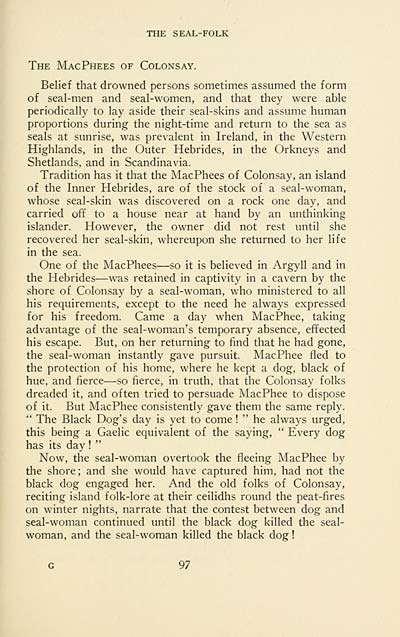 THE SEAL-FOLK
The MacPhees of Colons ay.
Belief that drowned persons sometimes assumed the form
of seal-men and seal-women, and that they were able
periodically to lay aside their seal-skins and assume human
proportions during the night-time and return to the sea as
seals at sunrise, was prevalent in Ireland, in the Western
Highlands, in the Outer Hebrides, in the Orkneys and
Shetlands, and in Scandinavia.
Tradition has it that the MacPhees of Colonsay, an island
of the Inner Hebrides, are of the stock of a seal-woman,
whose seal-skin was discovered on a rock one day, and
carried off to a house near at hand by an unthinking
islander. However, the owner did not rest until she
recovered her seal-skin, whereupon she returned to her life
in the sea.
One of the MacPhees — so it is believed in Argyll and in
the Hebrides — was retained in captivity in a cavern by the
shore of Colonsay by a seal-woman, who ministered to all
his requirements, except to the need he always expressed
for his freedom. Came a day when MacPhee, taking
advantage of the seal-woman's temporary absence, effected
his escape. But, on her returning to find that he had gone,
the seal-woman instantly gave pursuit. MacPhee fled to
the protection of his home, where he kept a dog, black of
hue, and fierce — so fierce, in truth, that the Colonsay folks
dreaded it, and often tried to persuade MacPhee to dispose
of it. But MacPhee consistently gave them the same reply.
" The Black Dog's day is yet to come ! " he always urged,
this being a Gaelic equivalent of the saying, " Every dog
has its day ! "
Now, the seal-woman overtook the fleeing MacPhee by
the shore ; and she would have captured him, had not the
black dog engaged her. And the old folks of Colonsay,
reciting island folk-lore at their ceilidhs round the peat-fires
on winter nights, narrate that the contest between dog and
seal-woman continued until the black dog killed the seal-
woman, and the seal-woman killed the black dog !
97