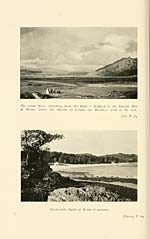 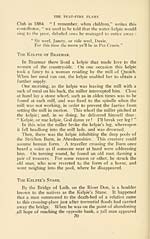 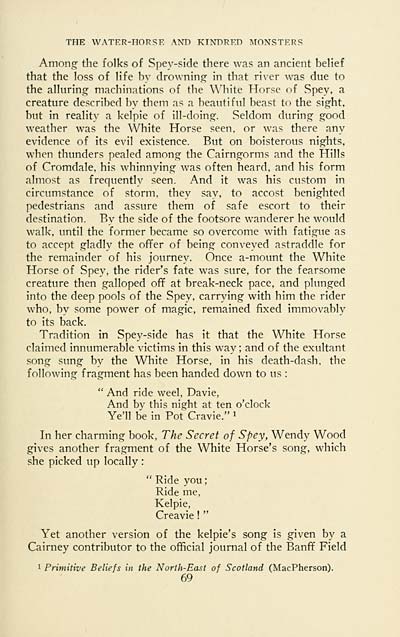 THE WATER-HORSE AND KINDRED MONSTERS
Among the folks of Spey-side there was an ancient belief
that the loss of life by drowning in that river was due to
the alluring machinations of the White Horse of Spey, a
creature described by them as a beautiful beast to the sight,
but in reality a kelpie of ill-doing. Seldom during good
weather was the White Horse seen, or was there any
evidence of its evil existence. But on boisterous nights,
when thunders pealed among the Cairngorms and the Hills
of Cromdale. his whinnying was often heard, and his form
almost as frequently seen. And it was his custom in
circumstance of storm, they say, to accost benighted
pedestrians and assure them of safe escort to their
destination. By the side of the footsore wanderer he would
walk, until the former became so overcome with fatigue as
to accept gladly the offer of being conveyed astraddle for
the remainder of his journey. Once a-mount the White
Horse of Spey, the rider's fate was sure, for the fearsome
creature then galloped off at break-neck pace, and plunged
into the deep pools of the Spey, carrying with him the rider
who, by some power of magic, remained fixed immovably
to its back.
Tradition in Spey-side has it that the White Horse
claimed innumerable victims in this way ; and of the exultant
song sung by the White Horse, in his death-dash, the
following fragment has been handed down to us :
" And ride weel, Davie,
And by this night at ten o'clock
Ye'll be in Pot Cravie." ^
In her charming book. The Secret of Spey, Wendy Wood
gives another fragment of the White Horse's song, which
she picked up locally :
" Ride you ;
Ride me,
Kelpie,
Creavie ! "
Yet another version of the kelpie's song is given by a
Cairney contributor to the official journal of the Banff Field
1 Primitive Beliefs in the North-East of Scotland (MacPherson).
69