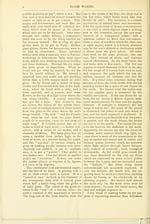 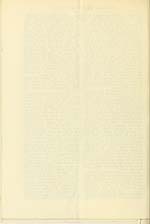 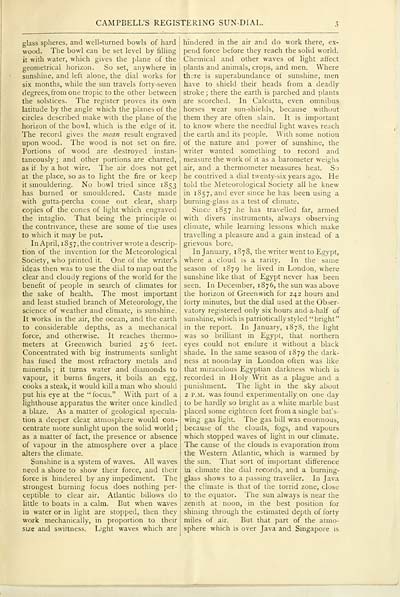 CAMPBELL'S REGISTERING SUN-DIAL.
glass spheres, and well-turned bowls of hard
wood. The bowl can be set level by filling
it with water, which gives the plane of the
geometrical horizon. So set, anywhere in
sunshine, and left alone, the dial works for
six months, while the sun travels forty-seven
degrees, from one tropic to the other between
the solstices. The register proves its own
latitude by the angle which the planes of the
circles described make with the plane of the
horizon of the bowl, which is the edge of it.
The record gives the mean result engraved
upon wood. The wood is not set on fire.
Portions of wood are destroyed instan-
taneously ; and other portions are charred,
as if by a hot wire. The air does not get
at the place, so as to light the fire or keep
it smouldering. No bowl tried since 1853
has burned or smouldered. Casts made
with gutta-percha come out clear, sharp
copies of the cones of light which engraved
the intaglio. That being the principle 01
the contrivance, these are some of the uses
to which it may be put.
In April, 1857, the contriver wrote a descrip-
tion of the invention for the Meteorological
Society, who printed it. One of the writer's
ideas then was to use the dial to map out the
clear and cloudy regions of the world for the
benefit of people in search of climates for
the sake of health. The most important
and least studied branch of Meteorology, the
science of weather and climate, is sunshine.
It works in the air, the ocean, and the earth
to considerable depths, as a mechanical
force, and otherwise. It reaches thermo-
meters at Greenwich buried 2 5 '6 feet.
Concentrated with big instruments sunlight
has fused the most refractory metals and
minerals ; it turns water and diamonds to
vapour, it burns fingers, it boils an egg,
cooks a steak, it would kill a man who should
put his eye at the "focus." With part of a
lighthouse apparatus the writer once kindled
a blaze. As a matter of geological specula-
tion a deeper clear atmosphere would con-
centrate more sunlight upon the solid world ;
as a matter of fact, the presence or absence
of vapour in the atmosphere over a place
alters the climate.
Sunshine is a system of waves. All waves
need a shore to show their force, and their
force is hindered by any impediment. The
s.trongest burning focus does nothing per-
ceptible to clear air. Atlantic billows do
little to boats in a calm. But when waves
in water or in light are stopped, then they
work mechanically, in proportion to their
size and swiltness. Light waves which are
hindered in the air and do work there, ex-
pend force before they reach the solid world.
Chemical and other waves of light affect
plants and animals, crops, and men. Where
th.'re is superabundance of sunshine, men
have to shield their heads from a deadly
stroke ; there the earth is parched and plants
are scorched. In Calcutta, even omnibus
horses wear sun-shields, because without
them they are often slain. It is important
to know where the needful light waves reach
the earth and its people. With some notion
of the nature and power of sunshine, the
writer wanted something to record and
measure the work of it as a barometer weighs
air, and a thermometer measures heat. So
he contrived a dial twenty-six years ago. He
told the Meteorological Society all he knew
in 1857, and ever since he has been using a
burning-glass as a test of climate.
Since 1857 he has travelled far, armed
with divers instruments, always observing
climate, while learning lessons which make
travelling a pleasure and a gain instead of a
grievous bore.
In January, 1878, the writer went to Egypt,
where a cloud is a rarity. In the same
season of 1879 he lived in London, where
sunshine like that of Egypt never has been
seen. In December, 1876, the sun was above
the horizon of Greenwich for 242 hours and
forty minutes, but the dial used at the Obser-
vatory registered only six hours and-a-half of
sunshine, which is patriotically st) led " bright"
in the report. In January, 1878, the light
was so brilliant in Egypt, that northern
eyes could not endure it without a black
shade. In the same season of 1879 the dark-
ness at noonday in London often was like
that miraculous Egyptian darkness which is
recorded in Holy Writ as a plague and a
punishment. The light in the sky about
2 P.M. was found experimentally on one day
to be hardly so bright as a white marble bust
placed some eighteen feet from a single bat's-
wing gas light. The gas bill was enormous,
because of the clouds, fogs, and vapours
which stopped waves of light in our climate.
The cause of the clouds is evaporation rrom
the Western Atlantic, which is warmed by
the sun. That sort of important difterence
in climate the dial records, and a burning-
glass shows to a passing traveller. In Java
the climate is that of the torrid zone, close
to the equator. The sun always is near the
zenith at noon, in the best position for
shining through the estimated depth of forty
miles of air. But that part of the atmo-
sphere which is over Java and Singapore is