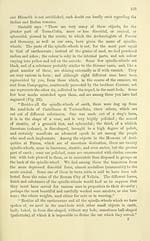 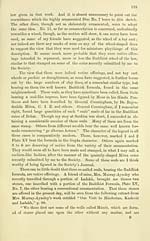 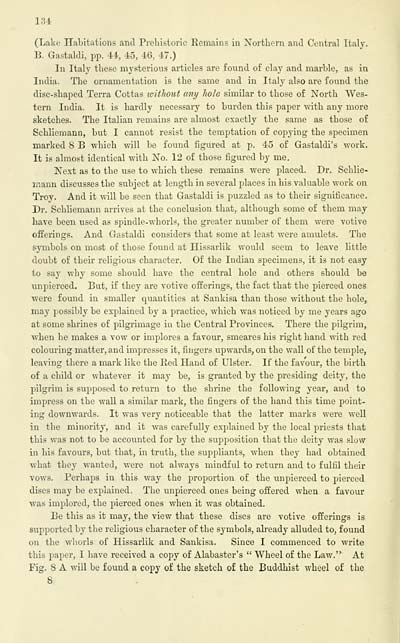 134
(Lalve Habitations and Prehistoric Remains In Northern and Central Italy.
B. Gastaldl, pp. 44, 45, 46, 47.)
In Italy these mysterious articles are found of clay and marble, as in
India. The ornamentation Is the same and In Italy also are found the
disc-shaped Terra Cottas without any hole similar to those of North Wes-
tern India. It is hardly necessary to burden this paper with any more
sketches. The Italian remains are almost exactly the same as those of
Schllemann, but I cannot resist the temptation of copying the specimen
marked 8 B -which will be found figured at p. 45 of Gastaldi's work.
It is almost identical with No. 12 of those figured by me.
Next as to the use to which these remains were placed. Dr. Schlle-
mann discusses the subject at length in several places in his valuable work on
Troy. And it will be seen that Gastaldl is puzzled as to their significance.
Dr. Schllemann arrives at the conclusion that, although some of them may
have been used as spindle-whorls, the greater number of them were votive
offerings. And Gastaldl considers that some at least were amulets. The
symbols on most of those found at Hissarllk would seem to leave little
doubt of their religious character. Of the Indian specimens. It is not easy
to say why some should have the central hole and others should be
unpierced. But, if they are votive offerings, the fact that the pierced ones
were found In smaller quantities at Sankisa than those without the hole,
may possibly be explained by a practice, which was noticed by me years ago
at some shrines of pilgrimage la the Central Provinces. There the pilgrim,
when he makes a vow or Implores a favour, smeares his right hand with red
colouring matter, and Impresses it, fingers upwards, on the wall of the temj^le,
leaving there a mark like the Ped Hand of Ulster. If the favour, the birth
of a child or whatever it may be, is granted by the presiding deity, the
pilgrim is supposed to return to the shrine the following year, and to
impress on the wall a similar mark, the fingers of the hand this time point-
ing downwards. It was very noticeable that the latter marks were well
in the minority, and it was carefully explained by the local priests that
this was not to be accounted for by the supposition that the deity was slow
in his favours, but that, in truth, the suppliants, when they had obtained
what they wanted, were not always mindful to return and to fulfil their
vows. Perhaps in this way the proportion of the unpierced to pierced
discs may be explained. The unpierced ones being offered when a favour
was implored, the pierced ones when it was obtained.
Be this as it may, the view that these discs are votive offerings is
supported by the religious character of the symbols, already alluded to, found
on the wliorls of Hissarllk and Sankisa. Since I commenced to write
this paper, I have received a copy of Alabaster's " Wheel of the Law." At
Fig. 8 A will be found a coj)y of the sketch of the Buddhist wheel of the
8