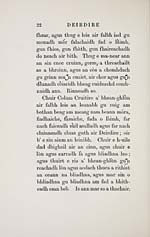 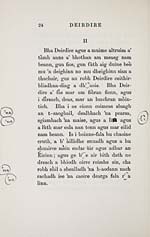 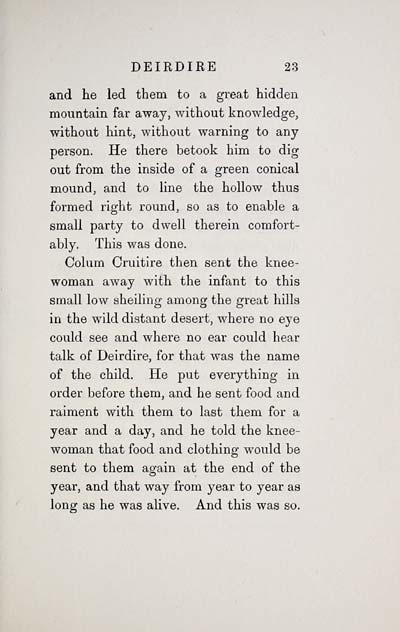 DEIRDIRE 23
and he led them to a great hidden
mountain far away, without knowledge,
without hint, without warning to any
person. He there betook him to dig
out from the inside of a green conical
mound, and to line the hollow thus
formed right round, so as to enable a
small party to dwell therein comfort-
ably. This was done.
Colum Cruitire then sent the knee-
woman away with the infant to this
small low shelling among the great hills
in the wild distant desert, where no eye
could see and where no ear could hear
talk of Deirdire, for that was the name
of the child. He put everything in
order before them, and he sent food and
raiment with them to last them for a
year and a day, and he told the knee-
woman that food and clothing would be
sent to them again at the end of the
year, and that way from year to year as
long as he was alive. And this was so.