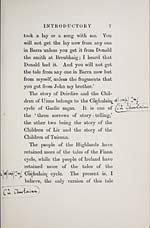 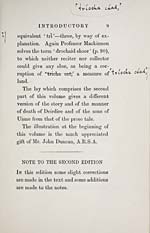 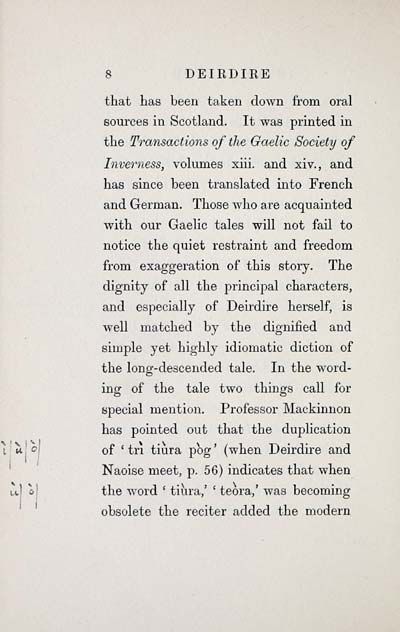 8 DEIRDIRE
that has been taken down from oral
sources in Scotland. It was printed in
the Transactions of the Gaelic Society of
Inverness, volumes xiii. and xiv., and
has since been translated into French
and German. Those who are acquainted
with our Gaelic tales will not fail to
notice the quiet restraint and freedom
from exaggeration of this story. The
dignity of all the principal characters,
and especially of Deirdire herself, is
well matched by the dignified and
simple yet highly idiomatic diction of
the long-descended tale. In the word-
ing of the tale two things call for
special mention. Professor Mackinnon
has pointed out that the duplication
of ' tri tiiira pbg ' (when Deirdire and
Naoise meet, p. 56) indicates that when
the word ' tiiira,' ' teora,' was becoming
obsolete the reciter added the modern