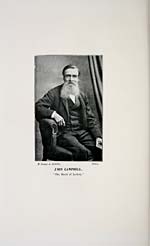 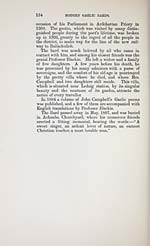 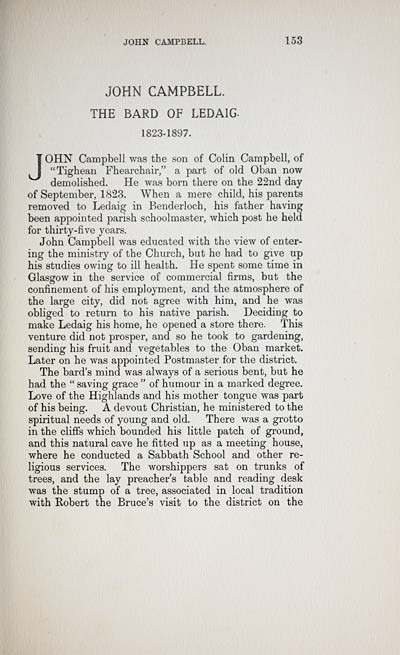 JOHN CAMPBELL. 153
JOHN CAMPBELL.
THE BARD OF LEDAIG-
1823-1897.
JOHN Campbell was the son of Colin Campbell, of
"Tighean Fhearchair," a part of old Oban now
demolished. He was born there on the 22nd day
of September, 182.3. When a mere child, his parents
removed to Ledaig in Benderloch, his father having
been appointed parish schoolmaster, which post he held
for thirty-five years.
John Campbell was educated with the view of enter-
ing the ministry of the Church, but he had to give up
his studies owing to ill health. He spent some time in
Glasgow in the service of commercial firms, but the
confinement of his employment, and the atmosphere of
the large city, did not agree with him, and he was
obliged to return to his native parish. Deciding to
make Ledaig his home, he opened a store there. This
venture did not prosper, and so he took to gardening,
sending his fruit and vegetables to the Oban market.
Later on he was appointed Postmaster for the district.
The bard's mind was always of a serious bent, but he
had the " saving grace " of humour in a marked degree.
Love of the Highlands and his mother tongue was part
of his being. A devout Christian, he ministered to the
spiritual needs of young and old. There was a grotto
in the cliffs which bounded his little patch of ground,
and this natural cave he fitted up as a meeting house,
where he conducted a Sabbath School and other re-
ligious services. The worshippers sat on trunks of
trees, and the lay preacher's table and reading desk
was the stump of a tree, associated in local tradition
with Robert the Bruce's visit to the district on the