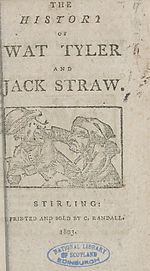 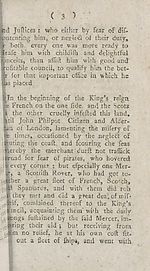 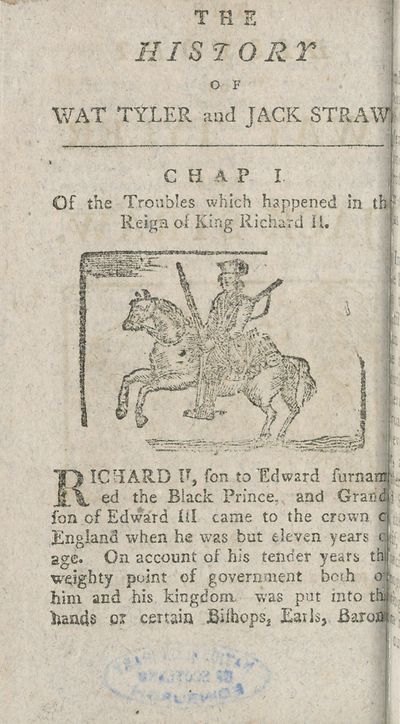 THE
BISTORT
O F
WAT TYLER and JACK STRAW
CHAP I
Of the Troubles which happened in th;
Reiga of King Richard It.
RICHARD If, fon to Edward furnadr
ed the Black Prince, and Grand
fon of Edward III came to the crown c
England when he was but eleven years 1
age. On account of his tender years th
weighty point of government both o'r
him and his kingdom was put into th r
hands oi certain Biihops, Earls, Bar oil-