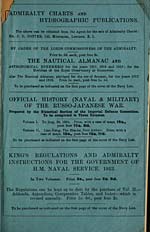 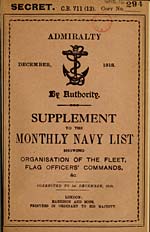 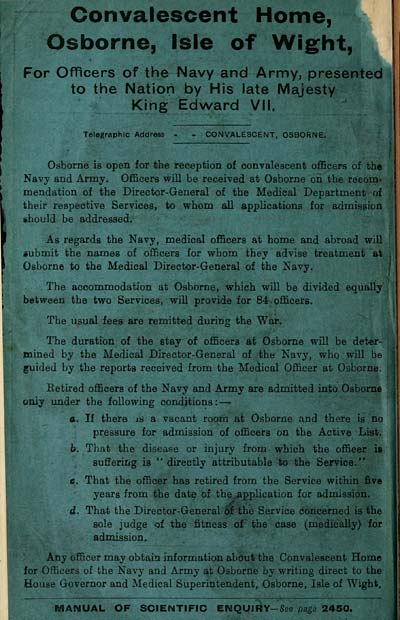 Convalescent Home, L
Osborne, Isle of Wight,
For Officers of the Navy and Army, presented
to the Nation by His late Majesty
King Edward VII,
Telegraphic Address - - CONVALESCENT, OSBORNE.
Osborne is open for the reception of convalescent officers of the
Navy and Army. Officers will be received at Osborne on the recom-
mendation of the Director-General of the Medical Department of
their respective Services, to whom all applications for admission
ihould be addressed.
As regards the Navy, medical officers at home and abroad will
submit the names of officers for whom they advise treatment at
Osborne to the Medical Director-General of the Navy.
The accommodation at Osborne, which will be divided equally
between the two Services, will provide for 84 officers.
The usual fees are remitted during the War.
The duration of the stay of officers at Osborne will be deter-
mined by the Medical Director-General of the Navy, who will be
guided by the reports received from the Medical Officer at Osborne.
Retired officers of the Navy and Army are admitted into Osborne
only under the following conditions: —
a. If there is a vacant room at Osborne and there is no
pressure for admission of officers on the Active List.
b. That the disease or injury from which the officer is
suffering is "directly attributable to the Service."
e. That the officer has retired from the Service within five
years from the date of the .application for admission.
d. That the Director-General '6i the Service concerned is the
sole judge of the fitness of the case (medically} for
admission.
Any officer may obtain information about the Convalescent Home
for Officers of the Navy and Army at Osborne by writing direct to the
House Governor and Medical Superintendent, Osborne, Isle of Wight.
MANUAL OF SCIENTIFIC ENQUIRY-See page 2450.