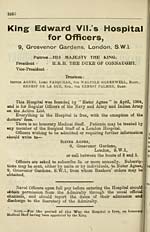 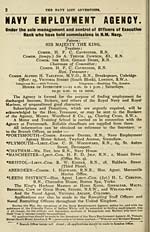 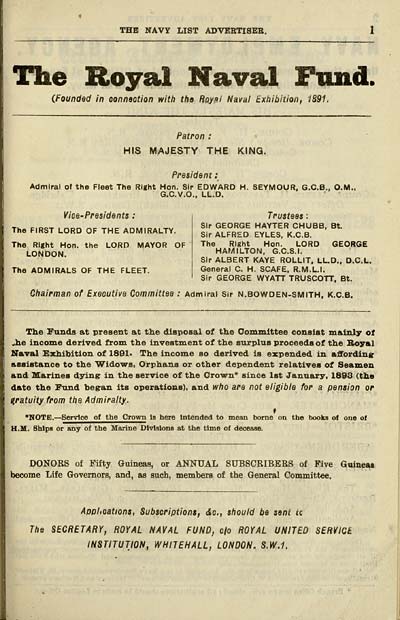 THE NAVY LIST ADVERTISER.
The Royal Naval Fund.
(.Founded in connection with the Royal Naval Exhibition, 1891.
Patron :
HIS MAJESTY THE KING.
President :
Admiral of the Fleet The Right Hon. Sir EDWARD H. SEYMOUR, G.C.B., O.M.,
G.C.V.O., LL.D.
Vice-Presidents :
The FIRST LORD OF THE ADMIRALTY.
The Right Hon. the LORD MAYOR OF
LONDON.
The ADMIRALS OF THE FLEET.
Chairman of Executive Committee : Admiral Sir n.bowden-smith, K.c.b
Trustees :
Sir GEORGE HAYTER CHUBB, Bt.
Sir ALFRED EYLES, K.C.B.
The Right Hon. LORD GEORGE
HAMILTON, G.C.S.I.
Sir ALBERT KAYE ROLLIT, LL.D., D.C.L.
General C. H. SCAFE, R.M.L.I.
Sir GEORGE WYATT TRUSCOTT, Bt.
The Funds at present at the disposal of the Committee consist mainly of
„he income derived from the investment of the surplus proceeds of the Royal
Naval Exhibition of 1891* The income so derived is expended in affording
assistance to the Widows, Orphans or other dependent relatives of Seamen
and marines dying: in the service of the Crown* since 1st January, 1893 (the
date the Fund began its operations), and who are not eligible for a pension or
gratuity from the Admiralty.
t
"NOTE. — Service of the Crown Is here intended to mean borne on the books of one of
H.M. Ships or any of the Marine Divisions at the time of decease.
DONORS of Fifty Guineas, or ANNUAL SUBSCRIBERS of Five Guineas
become Life Governors, and, as such, members of the General Committee.
Applications, Subscriptions, &c, should be seni re
The SECRETARY, ROYAL NAVAL FUND, do ROYAL UNITED SERVICE
INSTITUTION, WHITEHALL, LONDON, S.W.1.