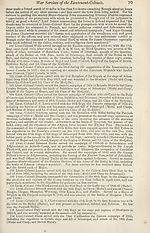 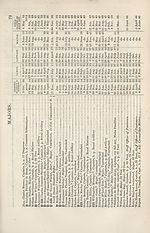 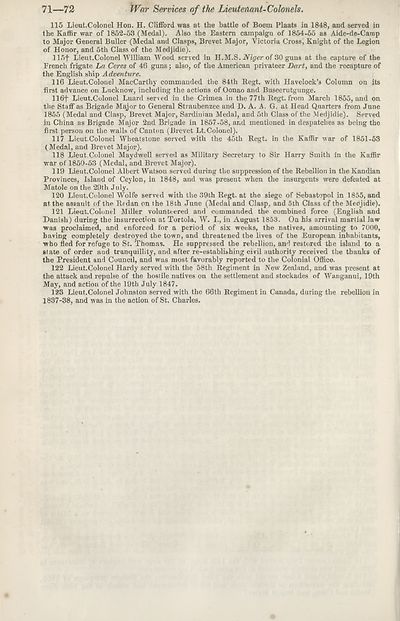 71—72
War Services of the Lieutenant-Colonels.
115 Lieut.Colonel Hon. H. Clifford was at the battle of Boem Plants in 1848, and served in
the Kaffir war of 1852-53 (Medal). Also the Eastern campaign of 1854-55 as Aide-de-Carnp
to Major General Buller (Medal and Clasps, Brevet Major, Victoria Cross, Knight of the Legion
of Honor, and 5th Class of the Medjidie).
115t Lieut.Colonel William Wood served in H.M.S. Niger of 30 guns at the capture of the
French frigate La Ceres of 46 guns; also, of the American privateer Dart, and the recapture of
the English ship Adventure.
116 Lieut.Colonel MacCarthy commanded the 84th Ttegt. with Havelock’s Column on its
first advance on Lucknow, including the actions of Oonao and Buseerutgunge.
116f Lieut.Colonel Luard served in the Crimea in the 77th Regt. from March 1855, and on
the Staff as Brigade Major to General Straubenzee and D. A. A. G. at Head Quarters from June
1855 (Medal and Clasp, Brevet Major, Sardinian Medal, and 5th Class of the .Medjidie). Served
in China as Brigade Major 2nd Brigade in 1857-58, and mentioned in despatches as being the
first person on the walls of Canton (Brevet Lt.Colonel).
117 Lieut.Colonel Wheatstone served with the 45th Regt. in the Kaffir war of 1851-53
(Medal, and Brevet Major).
118 Lieut.Colonel Maydwell served as Military Secretary to Sir Harry Smith in the Kaffir
war of 1859-53 (Medal, and Brevet Major).
119 Lieut.Colonel Albert Watson served during the suppression of the Rebellion in the Kandian
Provinces, Island of Ceylon, in 1848, and was present when the insurgents were defeated at
Matole on the 29th July.
120 Lieut.Colonel Wolfe served with the 39th Regt. at the siege of Sebastopol in 1855, and
at the assault of the Redan on the 18th June (Medal and Clasp, and 5th Class of the Medjidic).
121 Lieut.Colonel Miller volunteered and commanded the combined force (English and
Danish) during the insurrection at Tortola, W. I., in August 1853. On his arrival martial law
was proclaimed, and enforced for a period of six weeks, the natives, amounting to 7000,
having completely destroyed the town, and threatened the lives of the European inhabitants,
who fled for refuge to St. Thomas. He suppressed the rebellion, and restored the island to a
state of order and tranquillity, and after re-establishing civil authority received the thanks of
the President and Council, and was most favorably reported to the Colonial Office.
122 Lieut.Colonel Hardy served with the 58th Regiment in New Zealand, and was present at
the attack and repulse of the hoslile natives on the settlement and stockades of Wanganui, 19th
May, and action of the 19tb July 1847.
123 Lieut.Colonel Johnston served with the 66th Regiment in Canada, during the rebellion in
1837-38, and was in the action of St. Charles.