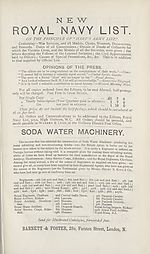 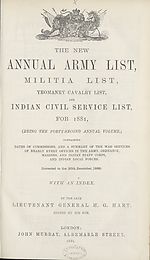 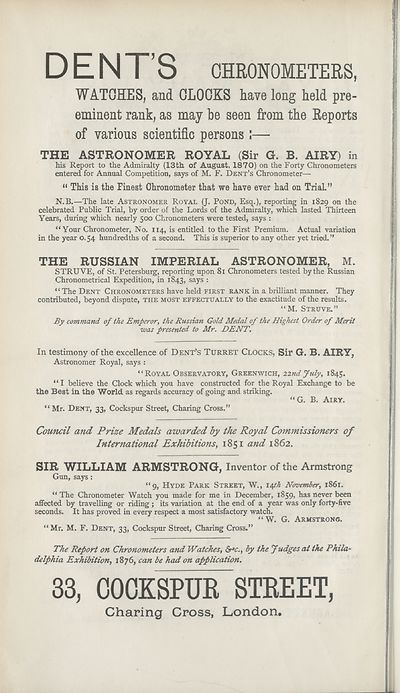 DENT'S CHRONOMETERS,
WATCHES, and CLOCKS have long held pre¬
eminent rank, as may be seen from the Reports
of various scientific persons:—
THE ASTRONOMER ROYAL (Sir G. B. AIRY) in
his Report to the Admiralty (13th of August, 1870) on the Forty Chronometers
entered for Annual Competition, says of M. F. Dent's Chronometer—
" This is the Finest Ohronometer that we have ever had on Trial"
N.B.—The late Astronomer Royal (J. Pond, Esq.), reporting in 1829 on the
celebrated Public Trial, by order of the Lords of the Admiralty, which lasted Thirteen
Years, during which nearly 500 Chronometers were tested, says :
" Your Chronometer, No. 114, is entitled to the First Premium. Actual variation
in the year 0.54 hundredths of a second. This is superior to any other yet tried."
THE RUSSIAN IMPERIAL ASTRONOMER, M.
STRUVE, of St. Petersburg, reporting upon 81 Chronometers tested by the Russian
Chronometrical Expedition, in 1843, says :
"The Dent Chronometers have held first rank in a brilliant manner. They
contributed, beyond dispute, the most effectually to the exactitude of the results.
"M. Struve."
By command of the Emperor, the Russian Gold Medal of the Highest Order of Merit
was presented to Mr. DENT.
In testimony of the excellence of Dent's Turret Clocks, Sir G. B. AIRY,
Astronomer Royal, says :
"Royal Observatory, Greenwich, 22nd July, 1845.
"I believe the Clock which you have constructed for the Royal Exchange to be
the Best in the World as regards accuracy of going and striking.
"G. B. Airy.
"Mr. Dent, 33, Cockspur Street, Charing Cross."
Council and Prize Medals awarded by the Royal Commissioners of
International Exhibitions, 1851 and 1862.
SIR WILLIAM ARMSTRONG, Inventor of the Armstrong
Gun, says:
"9, Hyde Park Street, W., lifh November, 1861.
" The Chronometer Watch you made for me in December, 1859, has never been
aflfected by travelling or riding ; its variation at the end of a year was only forty-five
seconds. It has proved in every respect a most satisfactory watch.
"W. G. Armstrong.
" Mr. M. F. Dent, 33, Cockspur Street, Charing Cross."
The Report on Chronometers and Watches, &*c., by the Judges at the Phila¬
delphia Exhibition, 1876, can be had on application.
33, COOKSPUE STKEET,
Charing Cross, London,