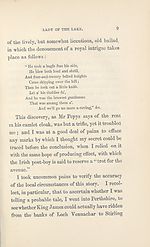 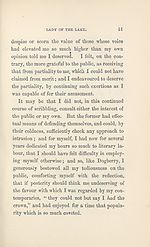 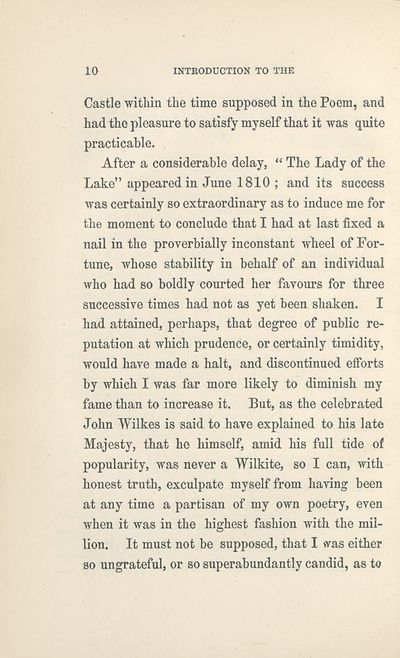 10
INTRODUCTION TO THE
Castle within the time supposed in the Poem, and
had the pleasure to satisfy myself that it was quite
practicable.
After a considerable delay, “ The Lady of the
Lake” appeared in June 1810 ; and its success
was certainly so extraordinary as to induce me for
the moment to conclude that I had at last fixed a
nail in the proverbially inconstant wheel of For¬
tune, whose stability in behalf of an individual
who had so boldly courted her favours for three
successive times had not as yet been shaken. I
had attained, perhaps, that degree of public re¬
putation at which prudence, or certainly timidity,
would have made a halt, and discontinued efforts
by which I was far more likely to diminish my
fame than to increase it. But, as the celebrated
John Wilkes is said to have explained to his late
Majesty, that he himself, amid his full tide of
popularity, was never a Wilkite, so I can, with
honest truth, exculpate myself from having been
at any time a partisan of my own poetry, even
when it was in the highest fashion with the mil¬
lion. It must not be supposed, that I was either
so ungrateful, or so superabundantly candid, as to